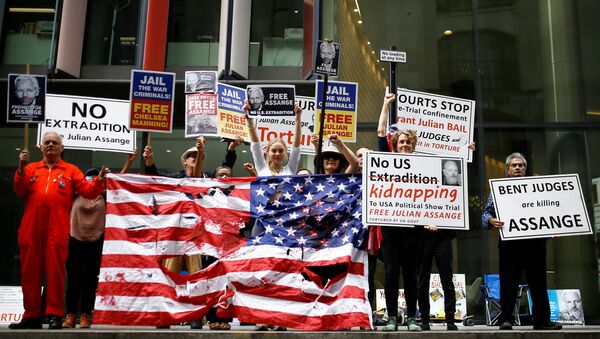 LONDON (Sputnik) - More than 160 prominent politicians from across the globe, including 13 current and former heads of state, have now added their names to an open letter addressed to the UK government that calls for the immediate release of WikiLeaks founder Julian Assange.

"We call on you to act in accordance with national and international law, human rights and the rule of law by bringing an end to the ongoing extradition proceedings and granting Mr. Assange his long overdue freedom – freedom from torture, arbitrary detention and deprivation of liberty, and political persecution," the letter reads.

The open letter has been signed by current Venezuelan President Nicolas Maduro and the president of Argentina, Alberto Fernandez, according to the Lawyers For Assange portal, which has published the open letter.

Live Updates: Day 10 of WikiLeaks Founder Julian Assange's Extradition Hearing
Assange is currently facing extradition to the United States to face a swath of charges filed under the Espionage Act. A hearing is ongoing in London, and the WikiLeaks founder is currently being held at Belmarsh prison in the UK capital.

A Press-Gazette survey published this past Thursday found that almost six in ten readers of the magazine believe that the UK government should intervene to stop the ongoing extradition proceedings.