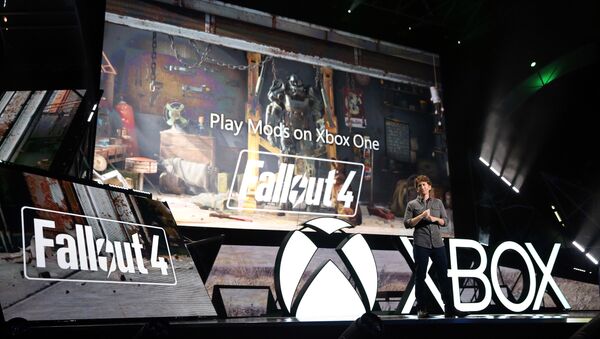 Daria Bedenko
All materialsWrite to the author
On Monday, it was announced that Microsoft had purchased ZeniMax Media, a game company which owns Bethesda Softworks. The latter has published popular games including DOOM, Fallout, Dishonored and Elder Scrolls.

The acquisition of ZeniMax Media by Microsoft caused waves on social media, with users giving mixed reaction to the news. Now that the deal is sealed, new games made by a popular gaming studio Bethesda Softworks will now be included in the Xbox Game Pass.

"Bethesda’s games have always had a special place on Xbox and in the hearts of millions of gamers around the world. Our teams have a close and storied history working together, from the amazing first DOOM, and its id Tech engine, innovating games on PCs to Bethesda bringing their first console game to the original Xbox, the groundbreaking The Elder Scrolls III: Morrowind", said Phil Spencer, head of Xbox, in a statement announcing the deal.

The announcement was seen by many as a punch toward one of Xbox's main rivals, Sony's PlayStation console, with netizens immediately coming up with jokes and memes.

To the PlayStation players: pic.twitter.com/XGLvYerfSz

Damn. This is why y'all let Playstation take the shine, you had bigger plans. pic.twitter.com/XlAELbDzyW

So Bethesda and EA Games will be in Xbox Game Pass.

Excuse me for a moment pic.twitter.com/W3fqvEcF5S

​Many users raised concerns that Microsoft's purchase may mean that Bethesda games could become Xbox exclusives, which, however, was not detailed in the announcement. PC users seemed to be the least impressed with the news.

PS and Xbox players: *arguing over consoles*
Me on PC: pic.twitter.com/DbPIKYHASS

So... We'll still be playing Bethesda games on PC like we already have been for years?

​Others rolled out different suggestions on how things may be working out for Bethesda now that it is acquired by Microsoft.

The Bethesda team when Microsoft starts making them finish games before release without a thousand bugs and glitches. pic.twitter.com/77fUEcmdTX

​Some recalled other Microsoft-related game publishers - Obsidian, where employees, according to users, "did not expect that", and Lionhead - the now closed game studio that was purchased by the tech giant back in 2006.

I bet they didn’t expect that. #Bethesda #Obsidian #xbox pic.twitter.com/3noMxr3UDr

​Oh man... All that news about Microsoft acquiring Zenimax/Bethesda has me thinking about what happened to Lionhead just a few years ago... pic.twitter.com/polo04hq17

The deal between Microsoft and ZeniMax was announced on Monday, and the tech giant will acquire ZeniMax Media for $7.5 billion in cash - said to be one of the biggest deals in the industry of online gaming.

Bethesda is confirmed to be joining the Xbox family, with new games to be available via the Xbox Game Pass. The firm is behind such popular games as Elder Scrolls, DOOM, Dishonored, Fallout, Prey, Quake and many others.