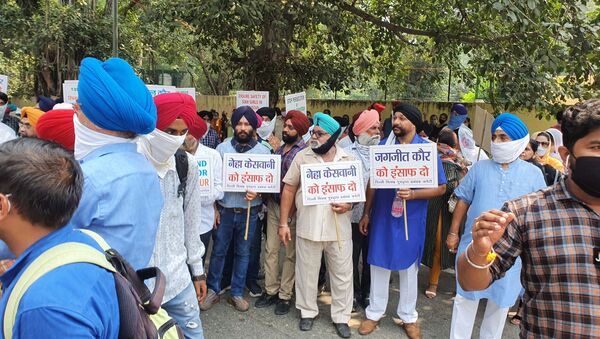 Nearly 55 Sikh girls in Pakistan have been kidnapped and forced to convert to Islam in the last nine months, according to a prominent Indian Sikh group. In many cases, the kidnapped girls are reportedly forcibly married to their Muslim abductors.

Angry members of the Indian Sikh community on Monday warned of more protests at the Pakistan High Commission in New Delhi over the alleged abduction of a 17-year Sikh girl in Pakistan.

Indian Sikhs raise slogans against Pakistan over the kidnapping of Bulbaul Kaur, the daughter of a Sikh priest who went missing from Pakistan's Punjab province a fortnight ago. Their protest march in New Delhi was stopped a few hundred meters from the Pakistan High Commission pic.twitter.com/pdW23ptNnq

​The warning was introduced by a politically influential Sikh outfit, Delhi Sikh Gurudwara Management Committee (DSGMC), which organised the march, to the High Commission to protest rising persecution of the Sikh community in Pakistan.

“If the Pakistan government doesn’t take necessary steps, we will be forced to take this matter to the international level on the platform of the United Nations as well. We will continue to protest at the Pakistan High Commission in coming days if our daughter doesn’t return to her family,” said DSGMC General Secretary Harmeet Singh Kalka.

The march, which involved protestors chanting against Pakistan and its prime minister, Imran Khan, was intercepted by local police a few hundred metres from the Pakistan High Commission.

“We are going back today. But we would come out and protest against at the Pakistan High Commission if the Imran Khan government doesn’t ensure Bulbaul Kaur’s return,” declared Kalka.

The reported abduction of Kaur, who has been untraceable since her disappearance from Pakistan’s Punjab province a fortnight ago, has angered members of the Indian Sikh community. The alleged kidnapping again brings to fore the persecution of minority Sikhs in the predominantly Sunni Muslim South Asian country. 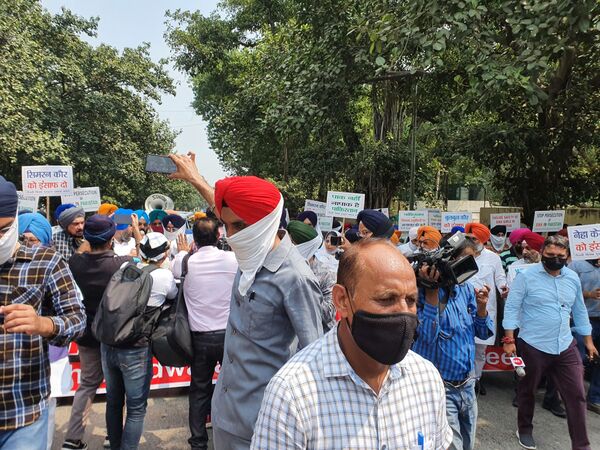 Kaur is the daughter of a priest at Gurudwara Sri Panja Sahib, a Sikh temple in Pakistan’s Punjab province. “Her father, Pritam Singh, has been seeking help with folded hands from the community and leaders to save her daughter from the butchery of conversion,” stated officials from the DSGMC.

A delegation headed by the DSGMC chief called upon the federal foreign affairs ministry on Saturday to seek a government intervention in the matter.

“The Ministry of External Affairs (MEA) had assured us on Saturday that they would take up the issue of abduction of Bulbaul Kaur with the Pakistan High Commission. We had also been told that the Indian government would intervene and ensure that the girl reunites with her family within 24 hours. We are being forced to protest since the girl is still missing,” Kalka told reporters.

A response from the Ministry of External Affairs is awaited at the time of this report. The Sikh welfare group claimed that nearly 55 Sikh girls have been abducted and forcibly converted to Islam in Pakistan this year alone. 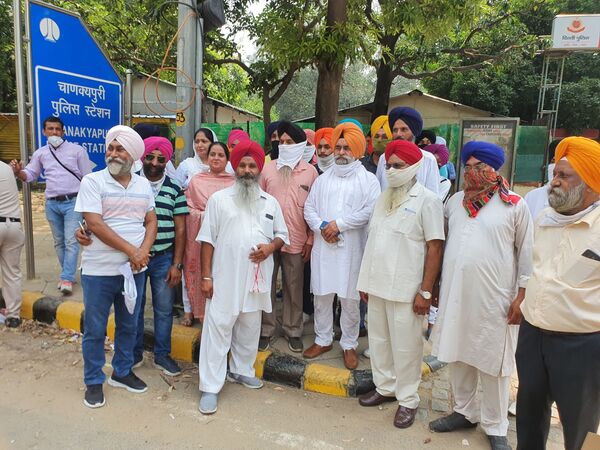 “These incidents have been on the rise at the behest of local authorities in Pakistan, which refuse to take any action whatsoever against the culprits,” said another DSGMC official, Bibi Ranjeet Kaur.

“This is a well-hatched conspiracy to convert the daughters of Sikh families with ulterior motives, which is an attempt to belittle the faith and practice of Sikhism in Pakistan,” she added.

Persecution of Sikhs in Pakistan

Kaur’s disappearance is the second high-profile case involving claims of an abduction of a Sikh girl in Pakistan over the last year. Jagjit Kaur, the daughter of a Sikh priest at Punjab’s Nankana Sahib province, was abducted by a Muslim man last year, who reportedly converted her to Islam, before marrying her.

“Why has the Pakistan government failed to hand us Jagjit Kaur,” asked Bibi Ranjeet Kaur.

India’s objections over the incident made little headway in reuniting the Sikh girl with her family. On the contrary, the Sikh shrine of Nankana Sahib was reportedly vandalized by a Muslim mob led by family members of her abductor around the New Year’s Eve.

“We are concerned at the vandalism carried out at the revered Nankana Sahib Gurdwara today. Members of the minority Sikh community have been subjected to acts of violence in the holy city of Nankana Sahib, the birthplace of Shri Guru Nanak Dev ji (one of the founders of Sikhism),” the MEA said in an official statement in January.

There are at least 8,000 Sikh voters in 2018 in Pakistan, according to a report published in the English daily paper Dawn. An unofficial survey carried out by the Sikh Resources and Study Centre in 2010 estimated the number of Sikhs in Pakistan to be some 50,000.