What Do We Know About Ricin, a Highly Toxic Compound Sent to US President Donald Trump? 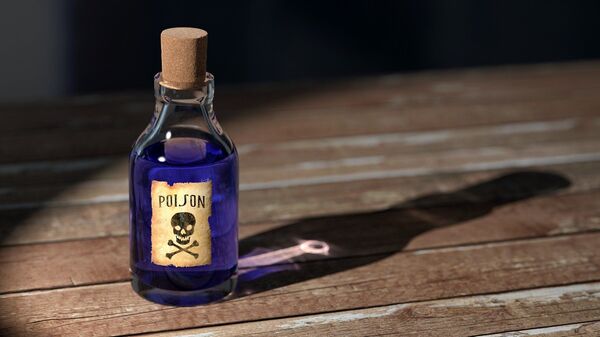 Max Gorbachev
All materialsWrite to the author
Many learned about the toxic substance thanks to the popular TV series Breaking Bad, where the protagonist, Walter White, used ricin to poison his enemies. Aside from Trump, since the end of the show in 2013, there have been several attempts to poison everyday people and politicians, including one US president, with ricin.

The Federal Bureau of Investigation is trying to find out where a package containing ricin that was addressed to US President Donald Trump came from. According to law enforcement officials, the package and the letter to Trump were intercepted at a screening facility at the White House earlier this week. Officials said there is no known threat to public safety. The Trump administration has not yet commented on the issue.

So, what do we know about ricin, a very potent poison that has no antidote?

Ricin can be made by processing castor beans. It can be used as a poison in the form powder, a mist, a pellet, or can be dissolved in water or weak acid. Just a few tiny grains of ricin can kill an adult human. Despite the fact that the compound can be used as a weapon of mass destruction, over a million tons of castor beans are processed worldwide annually.

How does it affect a person’s body?

Ricin can be deadly if inhaled, ingested, or injected by an individual. It gets inside the cells of a person’s body and prevents the cells from making the proteins they need. Without these proteins, cells die and this, in turn, drastically affects the whole body and may lead to death.

Symptoms of ricin poisoning depend on how the compound entered an individual's body. When inhaled, it causes problems in the respiratory system, which include chest tightness, coughing, and shortness of breath. The symptoms then worsen, causing fluid to appear in the lungs and eventually respiratory failure.

If ricin is ingested, it affects the gastrointestinal system. Symptoms include nausea, abdominal pains, vomiting, which then progress to internal bleeding and organ failure.

The initial symptoms of poisoning may appear as early as four hours after exposure and death can take place within 36 to 72 hours of exposure, depending on the dose and the way the compound got into an individual’s body.

Is it possible to save victims of ricin poisoning?

According to the US Centres for Disease Control and Prevention, there is very little information human ricin poisoning.
Britain’s military has reportedly developed an antidote, but it has not been tested on humans. The US military has developed its own antidote and even tested it on humans, but so far there is none that has been approved. When treating victims of ricin poisoning, doctors try to get the toxic compound out of a victim’s body (flushing the stomach with activated charcoal or washing the eyes with water), or give supportive medical care to minimise the effects of the poisoning. Doctors can also give intravenous fluids to treat conditions such as low-blood pressure or seizures.

Trump is not the first target

In 2014, a Mississippi man was sentenced to 25 years in prison for sending letters that contained ricin to former US President Barack Obama and other officials. In 2014, actress Shannon Richardson sent ricin-laced letters to Barack Obama and former Mayor of New York City Michael Bloomberg. Richardson did so in order to frame her husband. She was sentenced to 18 years in jail.

In 2018, a former Navy veteran was charged with trying to send envelopes with ricin to former Defence Secretary James Mattis, FBI Director Cristopher Wray, CIA Director Gina Haspel, and other members of the Trump administration.