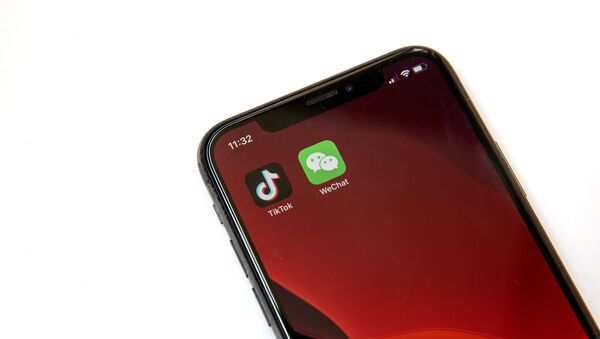 WASHINGTON, September 20 (Sputnik) - Earlier on Saturday, Trump said he had approved the purchase of TikTok, a video-sharing app owned by Chinese company ByteDance, to US software company Oracle, with the possible participation of Walmart.

The US Commerce Department says it is postponing the planned block of new TikTok downloads until September 27, in light of US President Donald Trump’s new announcement.

"In light of recent positive developments, Secretary of Commerce Wilbur Ross, at the direction of President Trump, will delay the prohibition of identified transactions pursuant to Executive Order 13942, related to the TikTok mobile application that would have been effective on Sunday, September 20, 2020, until September 27, 2020 at 11:59 p.m.," the Commerce Department said on Saturday.

The statement comes after Trump said that Walmart could also take part in the deal that will see the creation of a new company, based in Texas, that will assume TikTok's US operations.

"I have given the deal my blessing," Trump told reporters on Saturday, adding "it will have nothing to do with China, it'll be totally secure, that's part of the deal."

"I approved the deal in concept," Trump told reporters, saying that conceptually, "it’s a great deal for America."

The US president also said that the deal would include a $5 billion donation to an education program.

On Friday, the US Commerce Department said that Trump’s executive order was going to block US users from downloading TikTok starting from September 20 and was going to ban the use of the app in the US from November 12.