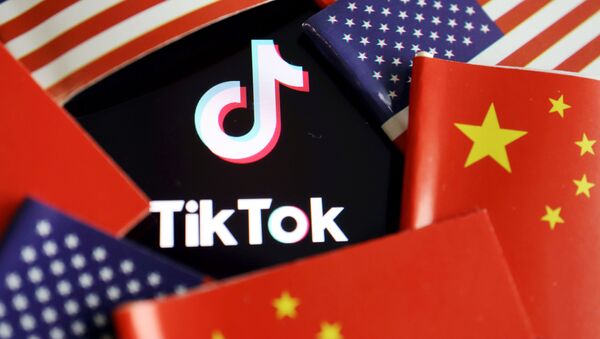 Software company Oracle earlier beat several other candidates, including Microsoft, in the bid to acquire the Chinese app's US operations from ByteDance.

President Donald Trump has approved the deal between Oracle and the video-sharing app TikTok.

"I have given the deal my blessing", Trump told reporters in North Carolina on Saturday. "I approved the deal in concept".

Trump told reporters that Walmart will also take part in the deal that will see the creation of a new company, based in Texas, that will assume TikTok's US operations. He also said that the deal would include a $5 billion donation to an education programme.

Later in the day, TikTok confirmed the proposed deal, adding that Oracle will be a tech provider and Walmart - a commercial partner.

Following the news, the US Commerce Department has delayed the App Store ban of TikTok for one week.

Trump earlier told reporters that he was not ready to sign the TikTol-Oracle deal at that moment because he had not seen it, while also citing security concerns. He added that he was also reviewing the White House's other options on TikTok.

Last week, media reported that Oracle won the bidding for the US operations of TikTok, beating out Microsoft Corp in a high-profile deal to salvage a social-media sensation that has been caught in the middle of a geopolitical standoff.

The president has accused the Chinese app of providing Beijing with personal data of the American citizens, issuing a deadline till 12 November for the company to find a suitable US partner or be shut down.

In response, TikTok owner ByteDance filed a lawsuit against the move, saying that it had no choice but to protect its rights against US Trump's executive order and the allegation that it was a national security threat. The company added that the US president's demands had no relationship to any conceivable national security concern and serve only to underscore that it failed to provide a due process required by law.

In August, the Soufan Group said in a report that TikTok did threaten personal privacy by collecting data such as a user's location and phone contact lists, but that can also be said of US-based applications such as Twitter and Facebook, so a  "clear and present danger to US national security interests" has been exaggerated.