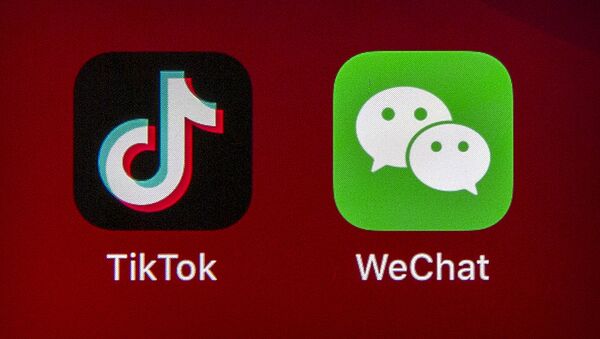 On 18 September, the US Department of Commerce prohibited US citizens from downloading the Chinese-owned apps TikTok and WeChat starting on Sunday, 20 September.

Mobile phone users who have TikTok or WeChat already installed on their devices can use the apps after the ban comes into force. However, they will be unable to update them with security patches which could lead to glitches within the app in the future.

Previously, US President Donald Trump issued a 12 November deadline for the Chinese apps to find a US partner or be prohibited in the country amid allegations that their poor data security would enable the Chinese government to steal information on US users of the app.

China's Commerce Ministry has criticized the Trump administration ban and is "urging the US to abandon bullying, immediately stop wrongdoing", saying that, otherwise, "China will take necessary measures to resolutely safeguard the legitimate rights and interests of Chinese companies".