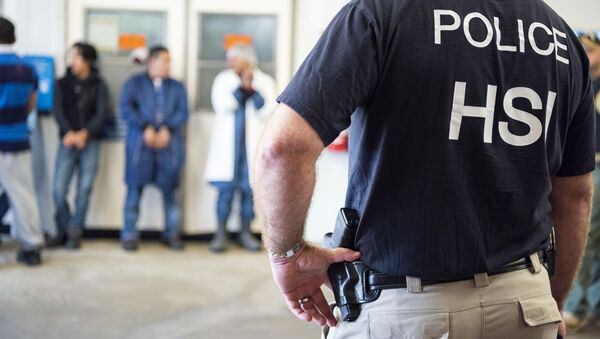 WASHINGTON (Sputnik) - The US government has deported a Somali citizen who was previously convicted of providing aid to the al-Shabab* terrorist group, the Department of Justice announced in a press release on Friday.

"Officers with US Immigration and Customs Enforcement (ICE) removed a Somali man Thursday who was convicted in 2016 in the US District Court of providing aid to a terror organization", the release said.

Mahdi Mohammed Hashi, 31, was removed by ICE’s Enforcement and Removal Operations Chicago Field Office and then flown on an ICE Air Operations Charter flight to Somalia, where he was handed over to the custody of local authorities, the Justice Department added.

From "April 2008 to August 2012, Hashi served as a member of al-Shabab in Somalia. In 2012, he was extradited to the United States to face federal prosecution in the Eastern District of New York. Hashi pleaded guilty to providing material support to al-Shabab, and on 29 January 2016, was sentenced to nine years imprisonment and issued a judicial order of removal", the release read.

In the fiscal year 2019, ICE removed or returned 267,000 aliens. ERO arrested 143,000 aliens, more than 86 percent of whom had criminal convictions or pending criminal charges, the release added.

*Al-Shabab is a terrorist group banned in Russia.