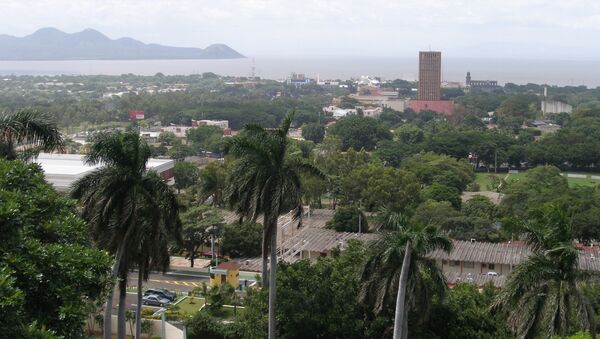 MANAGUA (Sputnik) – At least 14 people sustained slight injuries as a result of a powerful tornado in the Nicaraguan capital of Managua, Secretary-General of the city administration Fidel Moreno said.

“We have 72 houses … damaged and five more fully destroyed, as well as received reports about at least 14 people with slight injuries”, Moreno said on late Thursday.

The tornado hit four quarters of the Nicaraguan capital of Managua in the early hours and caused some damage there. The list of the damaged buildings includes a hospital.

The natural phenomenon, which began almost at midnight, impacted four neighborhoods in the capital's District II, causing the detachment of roofs, damage to the electrical system, and leaving fallen trees behind.

Moreno assured that the Nicaraguan Government will provide support to the affected families of the Batahola Norte, España, Miraflores, and Monseñor Lezcano neighborhoods, west of the Nicaraguan capital.