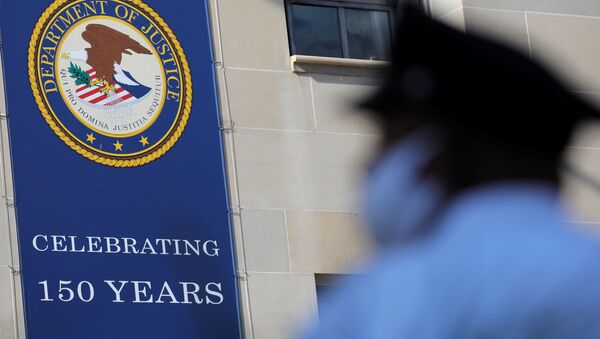 WASHINGTON, September 17 (Sputnik) - The indictment represents the third set of charges against Iranian hackers in the past three days, the release said.

The US government indicted three men for allegedly hacking American aerospace companies on behalf of Iran's military, the Justice Department said on Thursday.

"An indictment was unsealed today charging three computer hackers, all of whom were residents and nationals of the Islamic Republic of Iran (Iran), with engaging in a coordinated campaign of identity theft and hacking on behalf of Iran’s Islamic Revolutionary Guard Corps (IRGC)... steal critical information related to United States aerospace and satellite technology and resources," the department said in a statement.

The hackers sought to identify US citizens working in satellite and aerospace industries so defendants could use their names to register email addresses and fraudulently purchase domains and hacking tools for the scheme, according to the release.