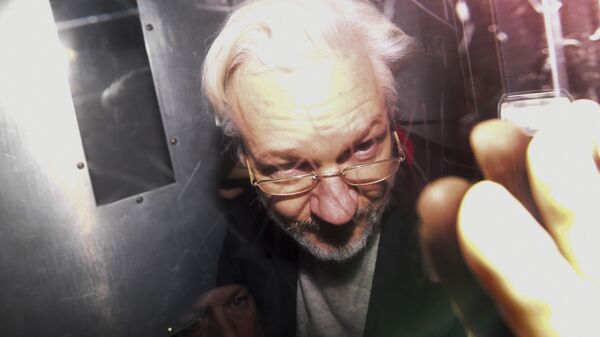 Aleksandra Serebriakova
Moscow-based Sputnik correspondent specializing in foreign affairs.
All materialsWrite to the author
WikiLeaks founder Julian Assange is facing up to 175 years in prison in the US under the Espionage Act for his publication of leaked classified documents exposing alleged US war crimes during its Iraq and Afghanistan operations. The journalist is currently trying to fight extradition to the US, where many say he will not receive a “fair trial”.

Stella Morris, Julian Assange's fiancé and a member of his legal team, said on Twitter that he is undergoing x-ray scanning every day, as his extradition hearing continues in London.

Morris, who is the mother of Assange’s two children, who were conceived while the WikiLeaks founder was living in the Ecuadorian embassy in London, said that every day her partner has been “woken at 5 am, handcuffed, put in holding cells, stripped naked and x-rayed.”

“He's transported 1.5 h each way in what feels like a vertical coffin in a claustrophobic van. He's in a glass box at the back of court, from where he can't consult his lawyers properly, ” the lawyer wrote on Twitter, as she advertised a crowdjustice campaign “to  free Julian Assange and stop US extradition”.

“Our children need their father back. Please help me make that happen,” Morris pledged via her petition back in August. 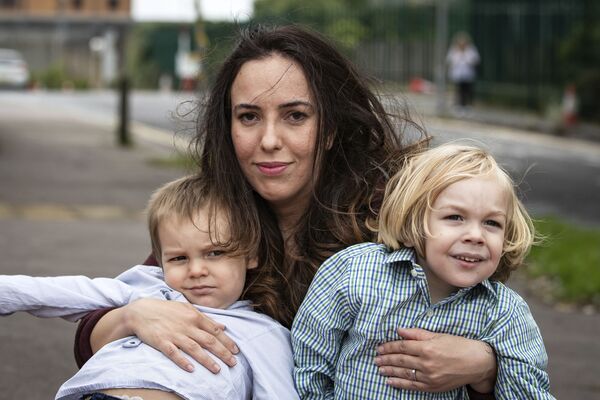 Stella Moris poses for a photo with her sons, Gabriel, right and Max leave Belmarsh Prison after visiting her partner and their father, Julian Assange, in London, Tuesday, Aug. 25, 2020
© AP Photo / Aaron Chown

Earlier, UN Special Rapporteur on Torture Nils Melzer said Assange is being “psychologically abused” in prison, with the demeaning conditions described potentially driving him to take his life.

In February, he was joined by over a hundred of doctors from 18 countries, who published an open letter asking to “end the psychological torture” of Assange.

“Should Assange die in a UK prison, as the UN Special Rapporteur on Torture has warned, he will effectively have been tortured to death,” the medical workers asserted.

The founder of thescandalous website WikiLeaks is currently being held in London’s Belmarsh maximum-security prison for violating his bail agreement back in 2012, when he sought asylum in the Ecuadorian embassy in an attempt to escape extradition to Sweden, where he was wanted on sex crime charges, which were later dropped after being branded as politically motivated. In April 2019, he was forcibly dragged from his shelter and arrested by British police after Ecuador authorities revoked his political asylum status. 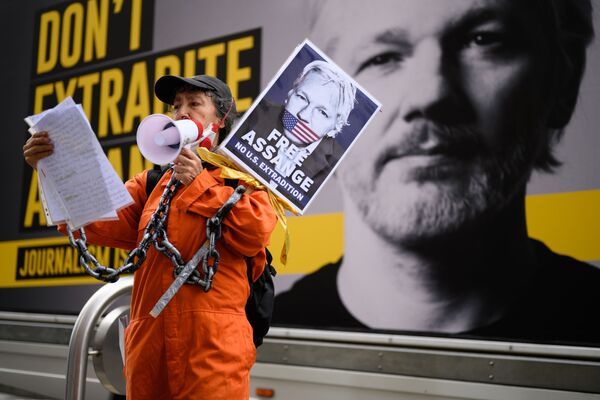 Supporters Julian Assange outside the Central Criminal Court (Old Bailey) in London, where WikiLeaks founder Julian Assange is trialled and is facing a possible extradited to the United States
© Sputnik / Justin Griffiths-Williams
/
Go to the mediabank

He is now fighting extradition to the United States, where he could be put in prison for the rest of his life based on 18 charges related to the publication of classified info on WikiLeaks. Assange supporters believe that it will be nearly impossible for the Australian activist to receive an impartial trial in the United States, as American whistleblower Edward Snowden has recently arguedb the publisher “fell out of favour in 2016” by unleashing the emails of then-Democratic presidential candidate Hillary Clinton.

Snowden said that prosecuting Assange under the Espionage Act was “the most dangerous thing” as it effectively breaks the US government’s “quiet agreement” with society by holding press outlets accountable for publishing classified information leaked by other sources.

“You cannot convict Julian Assange, the chief editor and publisher of Wikileaks, under the Espionage Act without exposing the New York Times, the Washington Post, CBS, ABC, NBC, CNN, Fox, whoever, to the same kind of charges,” Snowden said on the Joe Rogan podcast this week.

As the extradition hearing resumed in London on 7 September following a six-month delay caused by COVID-19 pandemic, the human rights watchdog Amnesty International was still denied access to a British court to monitor the fairness of the trial.