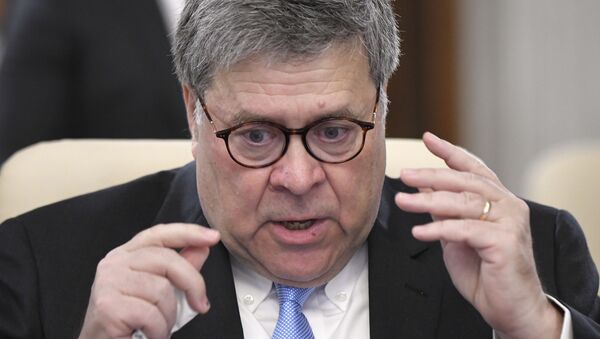 United States Attorney General William Barr has recently asked prosecutors in the civil rights division of the US Justice Department to "explore" the prospects of bringing criminal charges against Jenny Durkan, the Mayor of Seattle, for her allowing protesters to establish a "police-free" zone in the city this summer, The New York Times reports citing two people "briefed on those discussions" as saying.

The zone in question, known as the Capitol Hill Autonomous Zone or the Capitol Hill Occupied Protest, was established on 8 June amid the protests sparked by the death of George Floyd, and was dispersed by cops on 30 June following an emergency order issued by Durkan.

A department spokesman, however, has reportedly said that Barr did not direct the civil rights division to explore the idea in question, with the media outlet adding that Justice Department representatives did not respond to requests for comment.

During a call last week, Barr also told federal prosecutors to consider federal sedition charges against rioters and people who committed violent crimes at the ongoing protests that have taken place in the country during recent months, the newspaper adds citing two people familiar with the call.

"The people, who described Mr. Barr’s comments on the condition of anonymity for fear of retribution", also reportedly said that the "highly unusual suggestion to charge people with insurrection against lawful authority" has apparently "alarmed some on the call," the NYT notes.

A wave of protests which has rocked the United States since May, was sparked by the demise of an African American former convict named George Floyd who died while in police custody in Minneapolis.