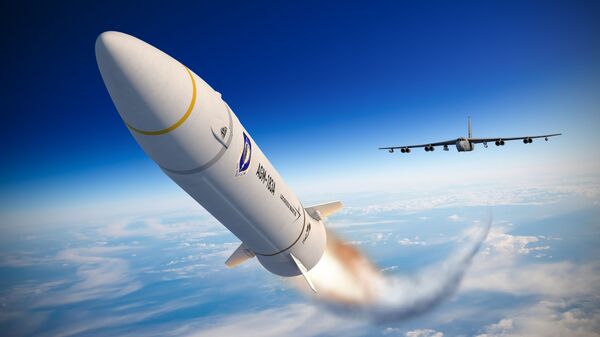 Asya Geydarova
Editor
All materialsWrite to the author
States, including Russia, have expressed concerns before about the militarisation of space and how it could potentially lead to the destruction of the existing security balance they have been trying to maintain over the last several decades.

British Air Force Chief Marshall Mike Wigston has said that space is now a "contested war-fighting domain", warning that the United Kingdom can no longer ignore the threat of potential "air, ballistic and cruise missile attack".

"Today we can no longer assume the unchallenged access to air or space that we have enjoyed for the last three decades, nor can we ignore the threat of air, ballistic and cruise missile attack", Wigston said at RAF Waddington in Lincoln on Wednesday.

He added that the UK's access to space is crucial for its national security, and any loss or disruption to the British satellite services "would have a disastrous effect on day-to-day lives".

Wigston's comments came as the British government is conducting its Integrated Defence and Security Review, which was launched in February and has been dubbed by the government as the "most comprehensive" review since the end of the Cold War.

On Tuesday, Defence Secretary Ben Wallace said that the British "values and interests are being challenged in the grey zone all over the world", so its armed forces must be "prepared for persistent global engagement and constant campaigning". Earlier in July, he stressed the importance of the UK's current security review after reports about an alleged anti-satellite weapon test by Russia.

Russia's Foreign Ministry said that the US Space Command's claim about a space-based anti-satellite weapon was only used by Washington to justify its own plans to deploy weapons in space.

It was reported in late August that the UK's defence chiefs are also considering scrapping tanks as part of a proposal to cut costs and modernise the armed forces. The reports said that the UK is already in talks with its NATO partners about the proposal to give up tanks and overhaul its military contribution to the alliance.