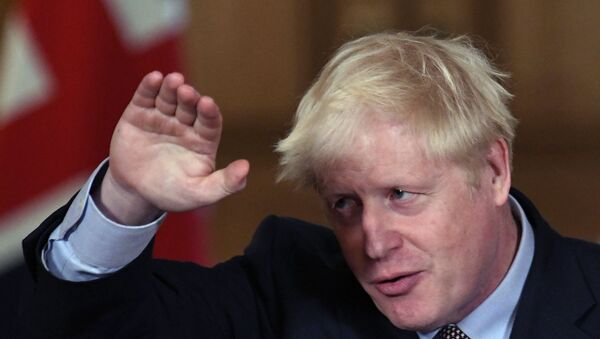 © AP Photo / Stefan Rousseau
Subscribe
International
India
Africa
The United Kingdom is set to vote a new Internal Market Bill which would see London given increased jurisdiction over devolved areas of the country, on the claim that the move would prevent barriers to trade.

UK Prime Minister Boris Johnson has quelled a potential rebellion from his own parliamentary ranks over a bill that would rewrite the EU withdrawal agreement, the BBC reports.

​Over 30 MPs from the ruling Conservative Party were expected to rebel and vote for an amendment to the new Internal Market Bill next week.

Sir Bob Neill's amendment would have allowed MPs to have the final say over changes to the withdrawal agreement, which outlines the terms under which the UK leaves the European Union.

The Internal Market Bill is designed to give Westminster more power of devolved areas, despite the Withdrawal Agreement including Northern Ireland in the EU's Customs Union in order to prevent a hard border on the island of Ireland.

Government Ministers have admitted this move would break international law which has led to severe backlash from within the ruling Conservative Party and from all current living former Prime Ministers.