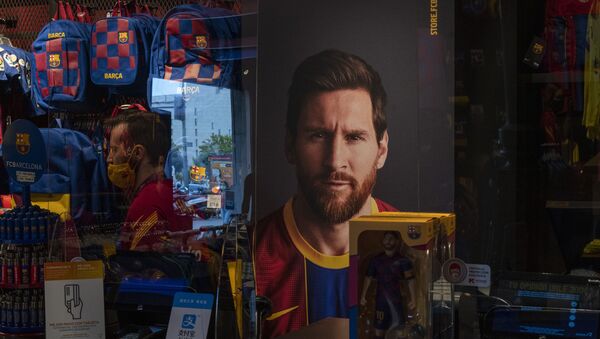 © REUTERS / Emilio Morenatti
Subscribe
Svetlana Ekimenko
All materialsWrite to the author
FC Barcelona captain Lionel Messi earlier returned to group training on 9 September after reversing his decision to quit the team, reportedly due to disagreements with the Catalan club’s bosses over the buyout clause and timing issues.

Barcelona’s new head coach Ronald Koeman insists that there is no conflict between himself and the captain of the Catalan team Lionel Messi, reports Goal.

Koeman, who replaced Quique Setien in August after Barcelona crashed out of the Champions League due to a humiliating 8-2 loss to Bayern Munich on14 August, has dismissed speculations that any conflict existing between him and the Argentine soccer celebrity was the underlying reason for Messi’s U-turn on his originally-declared intention to leave the club.

Barcelona’s coach claims he and the 33-year old have spoken multiple times since the record six Ballon d’Or winner declared his intention to stay at Camp Nou.

"That has passed me reasonably well. That was mainly a conflict between Messi and the club. I have spoken to Messi since then and we will continue as usual," the former Netherlands national team coach was cited by Fox Sports as saying.

When asked about the club’s recruiting issues, which had been reported as one of the underlying reasons for Messi’s frustration with Barcelona, besides a spate of disappointing losses, Koeman admitted that the new season would open with the current squad.

"We are now working towards the new season and I assume that we are going to do it with this groupb with which we are the preparation," Koeman said.

This comes amid criticism that departing legends like Xavi and Andres Iniesta have still not been adequately replaced, despite several names having been linked with possible transfers to Barcelona.

One of the players touted as possibly marked for transfer to the Catalan team is Lyon star Memphis Depay, whom Koeman coached with the Netherlands.

However, Lyon president Jean-Michel Aulas dismissed the reports, claiming Barcelona president Josep Maria Bartomeu had personally confessed to him that they lacked the funds to make an offer.

In August, Lionel Messi stunned fans by announcing that he intended to leave Barcelona, where he has played since 2003.

The club’s prolific goalscorer was suggested as being increasingly frustrated with the team’s losses, particularly its failure to reach the Champions League final, with reports also claiming Messi's relationship with Josep Maria Bartomeu, Barca's president, had deteriorated in recent months.

After a spate of speculations as to possible club destinations for the forward upon breaking with Barcelona, Messi backtracked on his initial transfer plan on 4 September, with legal and timing issues suggested as having changed his mind. 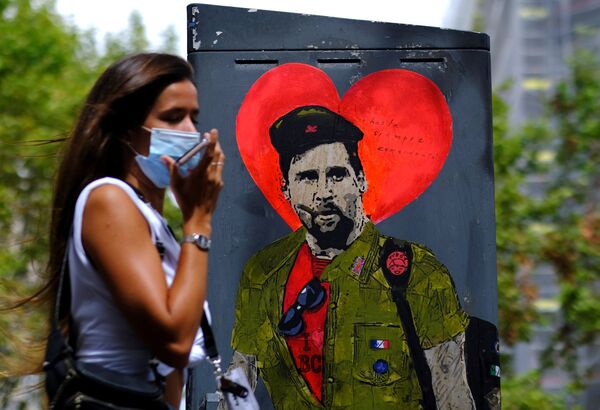 Messi's legal team had insisted the "exit clause" in his contract allowing him to leave after the end of the season was still active, granting the striker the right to leave on a free transfer.

However, the Spanish football governing body on 30 August announced that Messi could only leave if his 700-million-euro ($835 million) release clause were paid to the club.

Lionel Messi, who won the Champions League four times with Barca, waded in to address the row in a statement where he claimed that while he could leave by taking the club to court, he did not see a legal battle as a viable option.

Messi has since returned to Barcelona ahead of the new season and was spotted in recent group training sessions.

Lionel Messi is convinced Argentina can win the 2021 Copa America and bring his wait for a major international trophy to a close, Goal has learned 🇦🇷 pic.twitter.com/BaE4YwNb4V

​On Tuesday, Mundo Deportivo claimed Koeman’s tactics will include relieving Messi from most of his defence duties and employing him as a “false right winger” on the field.