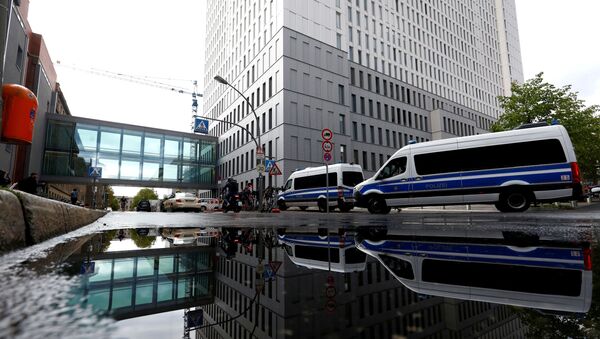 MOSCOW (Sputnik) - All Russia's stocks of the Novichok nerve agent have been eliminated in compliance with the Organisation for the Prohibition of Chemical Weapons (OPCW) protocols, the head of the Russian Foreign Intelligence Agency (SVR), Sergey Naryshkin, said on Tuesday.

"They were eliminated in compliance with OPCW protocols. This was recorded in due course. Therefore, to say that there are either production facilities or old stocks of chemical warfare agents on the territory of Russia is, of course, disinformation," Naryshkin told reporters when asked whether Russia has stocks of the Novichok.

The official also said that doctors in the Siberian city of Omsk, where Russian opposition figure Alexey Navalny was first treated, conducted tests in compliance with all protocols and found no traces of poisoning after the patient’s medical checkup.

"Moreover, these data are known, it is contained in the relevant documents, and samples of the biological material of Alexey Navalny are also at the disposal of doctors. The fact is that at the time when Alexey Navalny departed from territory of the Russian Federation, his body did not contain any toxic, poisonous substances," Naryshkin added.