Over 40 Probes Opened in Colombia Over Police Officers' Actions During Protests, Reports Say 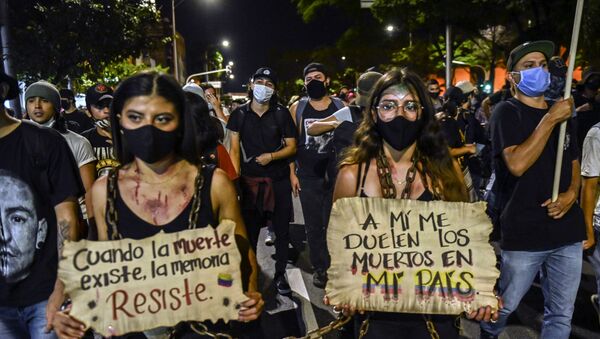 BUENOS AIRES (Sputnik) - The Colombian authorities have launched an investigation into more than 40 law enforcement officers for their actions during the protests caused by the death of lawyer Javier Humberto Ordonez in police custody, La FM radio broadcaster reported on Tuesday, citing Colombia's presidential adviser for security, Rafael Guarin.

The riots across the Latin American country were triggered by a video of two police officers restraining and repeatedly shocking 46-year-old Ordonez for his alleged disrespect for the COVID-19 related social distancing rules. He died in a hospital last week. As a result of the protests, 13 people have been killed, with 12 of them dying from gunshot injuries.

According to the broadcaster, a probe is ongoing to find out if police were responsible for the deaths and if protocols were violated. In particular, 43 disciplinary investigations have been launched against police officers to establish whether they acted in self-defence or not. 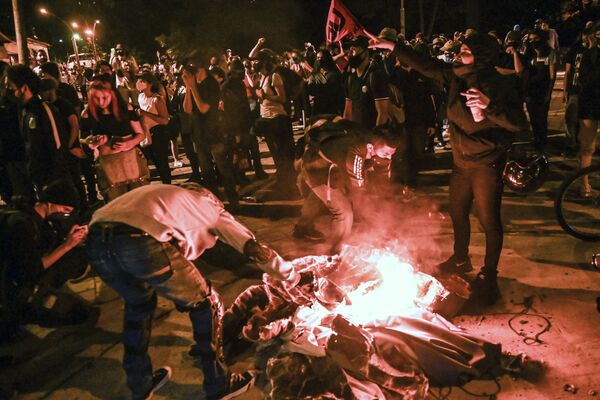 Demonstrators light a bonfire during a protest against police brutality in Medellin, Colombia, on September 14, 2020. - At least 10 people were killed and hundreds wounded after rioting broke out in the Colombian capital Bogota during a protest to demand justice for victims of police brutality, after the recent death of Javier Ordonez while in custody.
© AFP 2022 / JOAQUIN SARMIENTO

At the same time, the official noted that armed groups participated in the riots to attack police officers, recalling that over 315 law enforcement officers were injured as a result of clashes.

Meanwhile, El Tiempo newspaper reported, citing Bogota's health authorities, that a total of 581 people were injured in the capital alone, with 305 them being sent to hospitals.