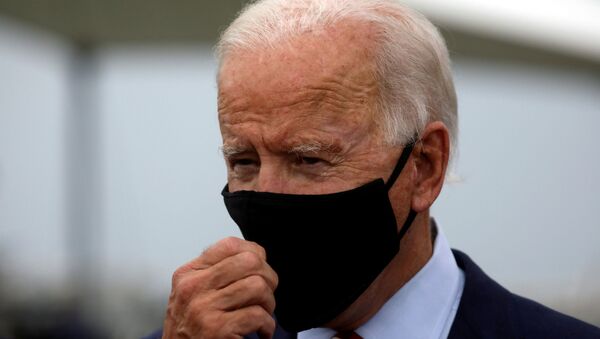 Biden said the United States as a whole was chronically short of trained nurses, psychiatrists and doctors specializing in mental health conditions that were needed in the crisis. He warned that the epidemic of veterans' suicides was continuing at an unabated rate across the United States.

"Nowhere are his faults more reprehensible to me than in his denigration of our veterans," Biden told a veterans' round table on Tuesday. "He turns around and insults our fallen heroes when the camera's off. He calls them suckers, losers. ... Duty, honor, country, Donald Trump has no idea."

"Almost 600 veterans are dying by suicide every year. We can do so much better than we are doing right now," Biden said.

US veterans hospitals and support groups now had to deal with more amputees than had been seen since the end of the US Civil War 155 years ago because of the widespread use of improvised explosive devices in the ongoing Iraq and Afghanistan conflicts.

Trump has denied media reports of his allegedly disrespecting veterans and military members as false.