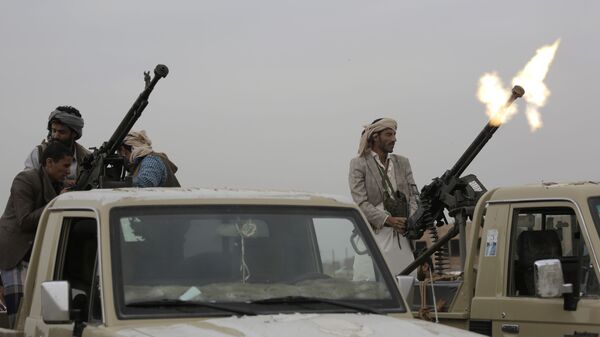 CAIRO (Sputnik) – At least eight people, including Yemeni army officers and members of tribes loyal to it, were killed during clashes with the Houthi rebel Shia movement, also known as Ansar Allah, in the province of Marib, a local military source told Sputnik, adding that the movement had launched a massive attack on the military's positions.

"As a result of clashes [which took place late on Sunday], 14 members of the Ansar Allah group with one of its leaders and eight army officers, including representatives of loyal tribes, were killed … and more than 30 fighters from both sides were injured", the source said, adding that rebels launched a large-scale attack on positions of the Yemeni forces and several tribes that support it in the south of Marib.

The military subsequently managed to repel the Houthis' attacks following clashes that lasted for over six hours with the use of different types of weapons, the source added.

According to media reports, tensions between the central Yemeni authorities and the movement had seriously escalated, with the latter having intensified military actions in a bid to advance to Marib, which is controlled by the government and hosts thousands of internally displaced Yemenis. 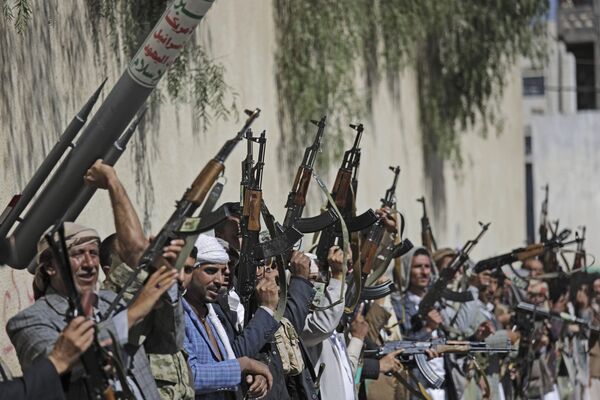 Along with these developments, UN Special Envoy to Yemen Martin Griffiths had paid a visit at the end of last week to Saudi Arabia, where he held talks with top Saudi and Yemeni officials on the implementation of the November Riyadh peace accord and implications of the military escalation in the vicinity of Marib.

"Discussions further focused on the dire humanitarian consequences of the military escalation in&around #Marib which continues to be a safe haven for 100s of thousands of internally displaced Yemenis. Mr.Griffiths renewed his emphasis that the attack on #Marib must immediately cease", Griffiths' office wrote on Twitter on Monday.

Yemen has been engulfed in an armed conflict between the government forces, led by President Abdrabbuh Mansour Hadi, and the Houthi rebels for over five years now. Hadi’s forces work in the close cooperation with the Saudi-led coalition that has been conducting air, land and sea operations against the rebels since March 2015.