Stopping West Bank 'Annexation'? This Was the Goal Behind Bahrain's Deal With Israel, Analyst Says 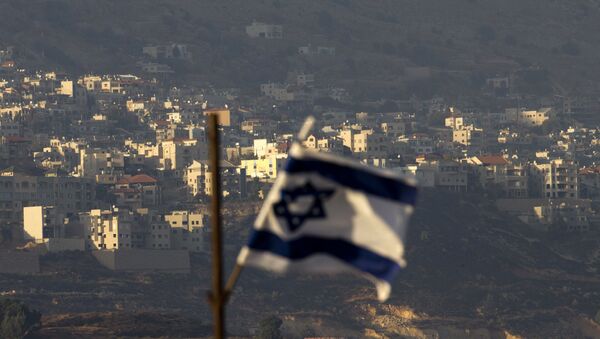 © AP Photo / Ariel Schalit
Subscribe
Elizabeth Blade
All materials
The normalisation agreement set to be signed between Israel and Bahrain on Tuesday has divided the Gulf country and exacerbated tensions in the region. But a Bahraini expert says that step was a 'must' and that it was taken for the sake of the Palestinian people.

On Tuesday, Israel will mark two historic occasions: it will ink an agreement with the United Arab Emirates, and sign a pact that will normalise its relationship with Bahrain, making it the 4th Arab nation to recognise Israel.

For some, that decision of Bahrain's monarch Hamad Bin Isa Al Khalifa was good news. Speaking to Sputnik shortly after US President Donald Trump announced the normalisation of ties, Rabbi Marc Schneier, an advisor to the king, said that he was "excited" about the future pact, which will bring stability to the region.

Similar comments have also be seen from Israeli politicians, media personalities and ordinary Israelis, who took to Twitter to praise the agreement and express their hope that other Arab states will follow in the footsteps of the two Gulf countries.

But many Bahrainis see the peace pact as a betrayal, and many tweeps vented anger on social networks, launching two hashtags that have already gone viral: #Bahrainis_Against_Normalisation and #Normalisation_Is_Betrayal.

Bahrain's opposition groups and parties have also expressed their frustration with the move, releasing statements that condemned the normalisation agreement and that stipulated that the decision of the ruling elite did not represent them.

That uproar is hardly surprising. Bahrain is a country with a 70 percent Shiite majority, which harbours pro-Iranian sympathies, so it was inevitable that the decision to recognise the Jewish state would face criticism. In 2017, a Washington Institute poll found that only 15 percent of Bahrain's population supported the normalisation of relations with Israel.

But Abdullah Al Junaid, a Bahraini researcher and political analyst, says he doubted the situation would spiral out of control or lead to potential clashes.

"Those who currently condemn the agreement, don't necessarily see the entire picture. They can continue to oppose it. There is nothing wrong with it, it is part and parcel of the public's natural dynamics. We value their opinion and it only shows the democratic values of our society."

Al Junaid was one of those who have supported and advocated for the agreement, stressing that it made perfect sense for Bahrain's interests in the region, one of which is the resolution of the Israeli-Palestinian conflict.

"First of all, the decision to normalise ties reversed the plan to grab parts of the West Bank," he said in reference to the Israeli initiative to extend its sovereignty to parts of the region, considered Palestinian land under international law, which Israel calls 'Judea and Samaria'.

"And, secondly, the approach of the Palestinian leadership that avoided the engagement of Israelis proved inefficient and it needed to be reevaluated. I wish the PA would give our decision a chance."

So far, it seems that Ramallah has no intention to do so. Shortly after President Trump tweeted the announcement, the PA recalled its ambassador from Manama, Bahrain's capital, with Palestinian officials speaking up against the agreement.

In Gaza, Palestinians have staged demonstrations against the shaping deals and just as it was the case with the UAE, the image of the Bahraini monarch has also been burnt as a protest to what they have deemed a stab in the back. 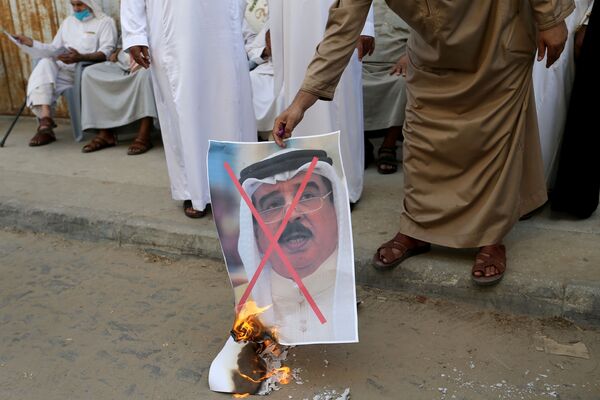 "Palestinians can continue taking up that road that they have been for the past decades. But it will be them who will eventually be the losers. We don't want to isolate them. Quite the opposite is true. By establishing ties with Israel, we will make sure that we will be represented on the ground through our embassies and consulates and that's how we will be able to make changes."

However, Palestinians are not the only ones that Bahrain will need to convince of its "pure" intentions. Other regional players have also expressed their disdain regarding Manama's decision to get closer to Israel.

Turkey has already reminded Manama that its decision contradicted commitments made under the Arab Peace Initiative and stated that its move will only inflict further damage to the Palestinian cause, whereas neighbouring Iran has called the deal "shameful" and accused Bahrain of taking part in Israel's crimes.

Bahrain Jumps on the UAE-Israeli Deal's Bandwagon While Saudis Still Testing Waters, Observers Say
The Islamic Republic has also warned Bahrain that it should "watch out" and that its revenge against Manama will come sooner than later, sparking speculations in the Israeli media that the shaping peace agreement was meant to protect the Gulf state from a potential "Iranian threat".

Al Junaid, however, disregards these and similar comments, treating them as no more than background noise.

"We don't need Israel to protect us, as we have enough help from other Gulf states that can come to the rescue if need be. Iran and Turkey have been talking in the past but that didn't prevent us from acting. Let them continue talking, while we will keep on sticking to the gradual implementation of our plan."

000000
Popular comments
....... as to how long will Israel stick to this agreement,remains to be seen - they could well possibly go back on their word at some future point ......

vargus
14 September 2020, 08:59 GMT3
000000
Except that Netanyahu said he was only delaying annexation until the US election is over. That puts the lie to this "Normalisation" it will either be repudiated as soon as Israel steals more land or be shown to be worthless and nothing at all to do with the Palestinians.