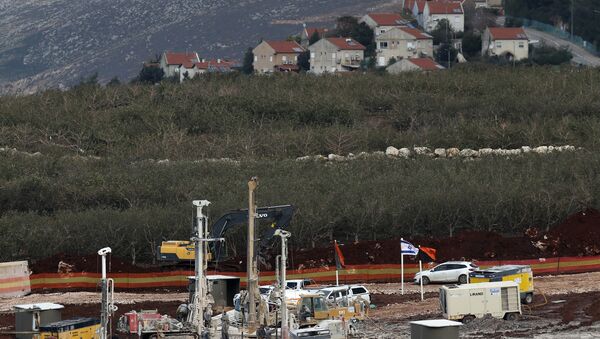 The sounds reached the settlements of El Aarqoub and Hasbaiyya, located not far from the farmlands, the news outlet reported.

Alongside with the artillery fire, sub-machine gun bursts also take place near the Israeli border, according to NNA.

Earlier in the day, the NNA reported an explosion in the area of the Golan Heights at the intersection of the Lebanese-Syrian-Israeli borders. The blast origin and a source of smoke in the area have yet to be identified. 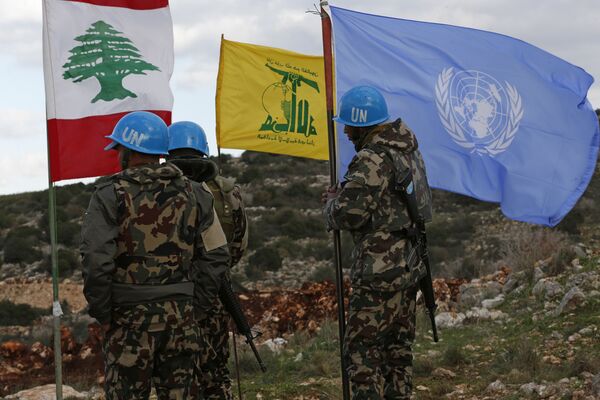 In this Thursday, Dec. 13, 2018 photo, UN peacekeepers hold their flag while standing next to Hezbollah and Lebanese flags, at the site where Israeli excavators are working, near the southern border village of Mays al-Jabal, Lebanon
© AP Photo / Hussein Malla

Lebanon and Israel currently have tense bilateral relations, with the latter repeatedly crossing the neighbouring country's air, sea and land borders and using the Lebanese airspace to launch strikes at Syria aimed at alleged targets of the Beirut-based Hezbollah movement.

The two countries also have territorial disputes on the demarcation of maritime and land borders.