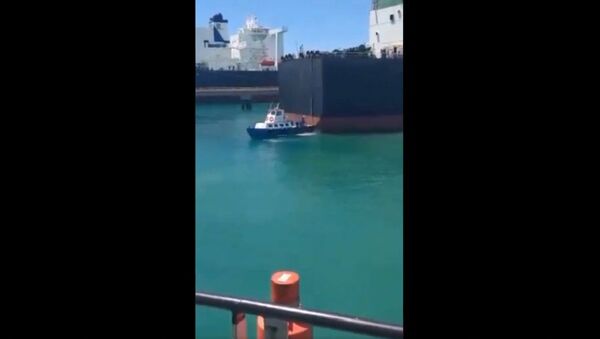 MOSCOW (Sputnik) - An Iranian supertanker, identified as Honey, has docked at the northeastern Venezuelan port of Jose Terminal with a cargo of 2 million barrels of natural gas liquid (NGL), the Tanker Trackers company said on Monday.

​As explained by Tanker Trackers in a thread of tweets, NGL is a light-weight gas condensate that can be refined into things like high octane gasoline and jet fuel. The company opined, however, that this batch of supply will likely be used as "a blending agent to improve flow of Venezuela’s very heavy crude oil in order to boost production."

Another three Iranian tankers carrying approximately 131 million liters of gasoline are currently in southern Africa en route to Venezuela, according to the tracking company.

If the Honey tanker went with radars off, as it is assumed in the report, it was likely due to concerns associated with earlier US threats to block Iranian fuel shipments to Venezuela, including by confiscating the vessels and imposing sanctions on the crew.

Iran sent several tankers with fuel cargo to Venezuela earlier this spring and early summer as the Latin American country was struggling to keep up its crumbling oil infrastructure.