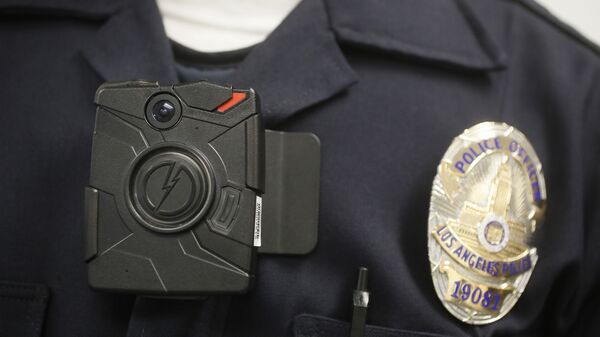 On Sunday, two Los Angeles County Sheriff's Department deputies were critically wounded in the city of Compton after a gunman, who is still at large, opened unprovoked fire on them.

A Fox News reporter in Los Angeles has shared a graphic picture of an injured police officer after receiving permission for release from her family and local authorities, according to a Twitter post on Monday.

NEW: LASD & the families of the two ambushed deputies have given me permission to show this graphic photo of the moment after they were shot. I’m told female deputy was shot through jaw, still radioed for help & applied tourniquet to male deputy’s wounds. Both stable now. @FOXLA pic.twitter.com/6m06qec1v2

The police are still searching for the suspect, who has been identified as a man from the Los Angeles area aged 28-30. The sheriff's department has released a picture of him, presumably taken on security camera, and issued a $100,000 reward for information leading to his arrest.

Currently, there is a social media post that is being circulated which identifies a male out of the Los Angeles area as the suspect responsible for the ambush of our 2 deputies yesterday. This is ERRONEOUS information and there are no named or wanted suspects at this time.

The man approached the officers' car parked near the Willowbrook Metro station on Sunday while they were inside the vehicle and opened fire. The police said that the fire was without warning and unprovoked, after which the suspect ran off.

Update: The gunman walked up on the deputies and opened fire without warning or provocation. pic.twitter.com/cBQjyKkoxJ