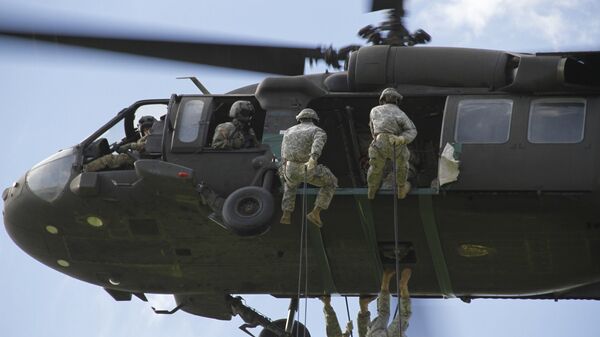 “US Army multipurpose UH-60 Black Hawk helicopters will arrive at the Amari airbase on Sunday. Next week, the helicopters will conduct missions around the airbase, central training ground and the Tapa army base. Their task will be to co-operate with the Estonian Defense Forces,” the press release read.

The helicopters, which are currently based in Latvia, belong to the 101st Combat Aviation Brigade. They will remain in Estonia until Friday, the Estonian Defence Forces said.

Belarusian Defence Minister, Viktor Khrenin, said on Saturday evening that Minsk has noticed an uptick in the number of US military reconnaissance flights being conducted along its border.