Prior to the start of the drills, Tehran warned all foreign forces to maintain distance from the area of the manoeuvres. At the same time, according to Iranian military officials, on the first day of the drills, Iran’s Army witnessed various concentrated activities of US unmanned aircraft that were apparently collecting information about the war game.

The same day, the country's army used the domestically produced Fateh (conqueror)-class submarine for the first time ever. The submarine, which joined the navy at Bandar Abbas in 2019, conducted reconnaissance and operational patrols in the general zone of ​​the manoeuvres.

On the second day of the exercise, the Iranian Navy fired domestically made coast-to-sea Qader cruise missiles. The missiles, launched from onshore sites, hit naval targets at a distance of 200 km. 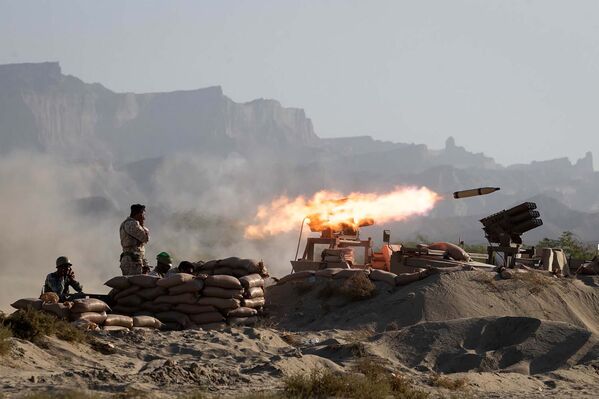 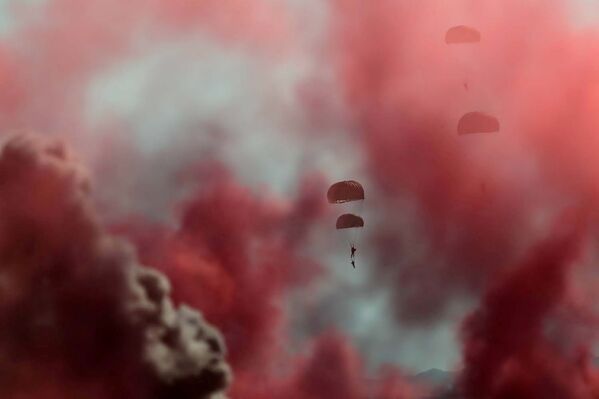 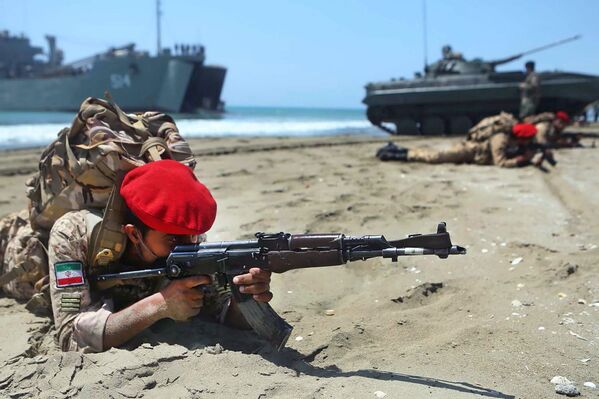 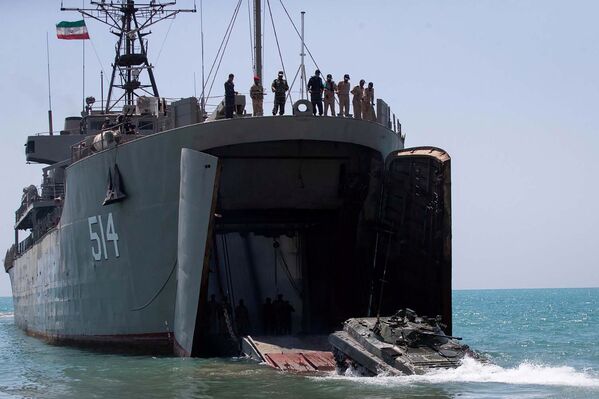 4/12
© REUTERS / West Asia News Agency
An Iranian tank being deployed from a transport vessel during annual military drills in the Gulf of Oman. 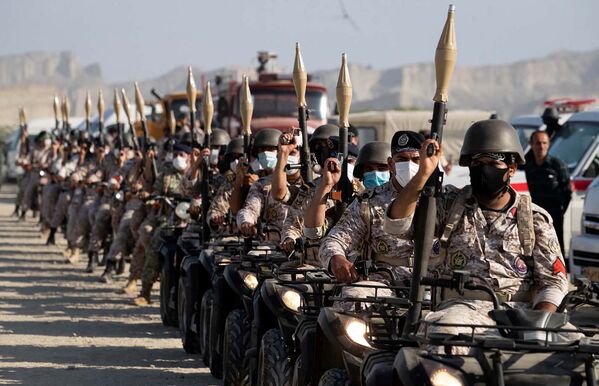 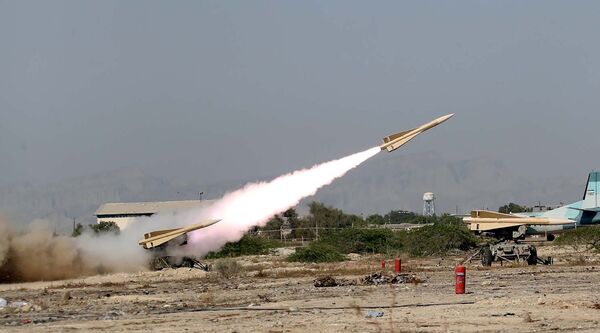 6/12
© REUTERS / West Asia News Agency
A missile is launched during annual military drills, dubbed “Zolphaghar 99”, in the Gulf of Oman with the participation of the Iranian Navy, Air Force, and Army in Iran on 8 September 2020. 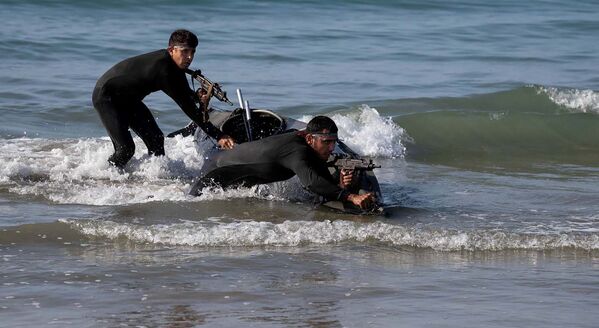 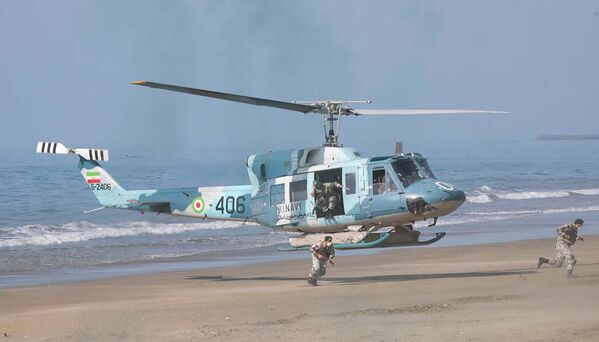 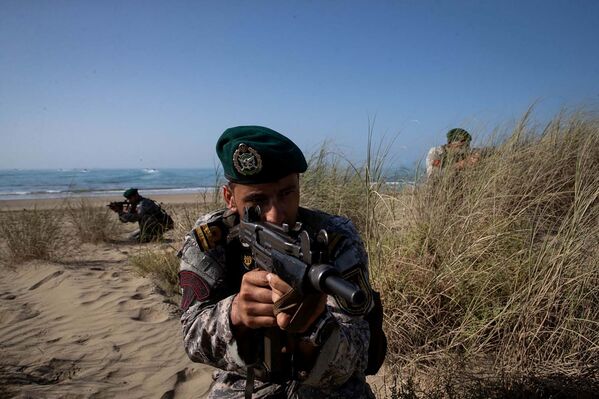 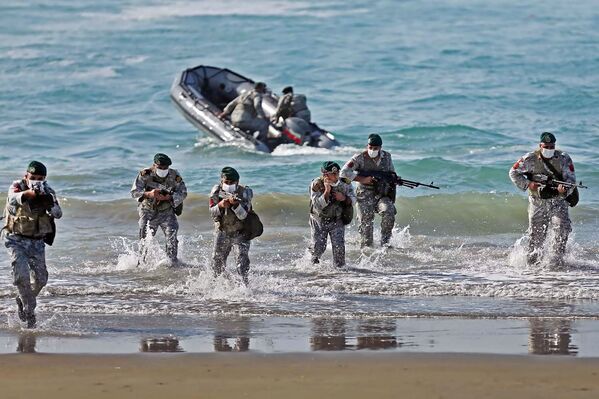 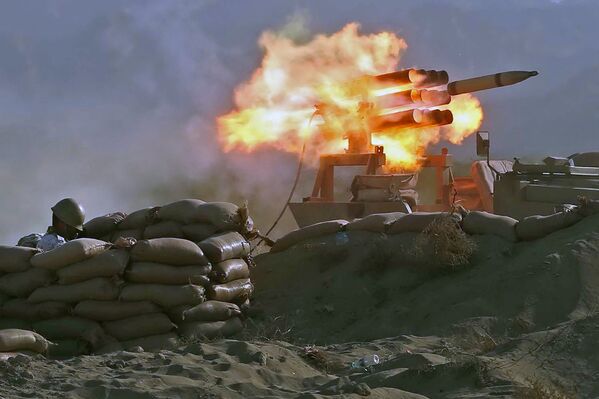 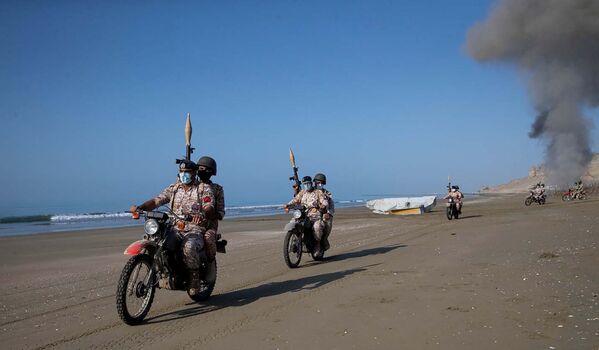 12/12
© REUTERS / West Asia News Agency
Iranian soldiers riding motorbikes as part of annual military drills dubbed “Zolphaghar 99”.
Newsfeed
0
Access to the chat has been blocked for violating the rules . You will be able to participate again through:∞. If you do not agree with the blocking, please use the feedback form
The discussion is closed. You can participate in the discussion within 24 hours after the publication of the article.
To participate in the discussion
log in or register
loader
Chats
Заголовок открываемого материала