The Last Coup: Forty Years Ago the Turkish Military Took Over as the Nation Descended Into Chaos 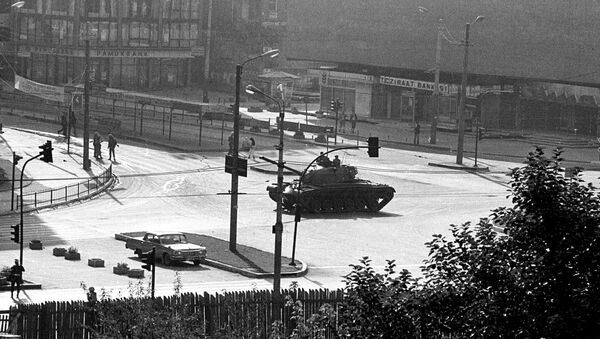 © AP Photo / BURHAN OZBILICI
Subscribe
Chris Summers
All materialsWrite to the author
Turkey still has not fully recovered from the shock of the 2016 attempted coup, which almost unseated President Recep Tayyip Erdogan. But in 1980 the military were successful in removing the nation’s democratically elected leaders, who they claimed had failed to keep order.

Forty years ago this weekend the Turkish military seized power and suspended democracy - it was the last successful coup d’etat in Europe.

The following year right-wing elements in the Guardia Civil, led by Lieutenant-Colonel Antonio Tejero, led a botched coup in Spain and in 1991 communist hardliners tried to oust Mikhail Gorbachev and save the Soviet Union.

Cold War was the golden age of the political coup: For much of 60s, 70s and early 80s there was one a month across world. In 1980 there was a coup somewhere in the world every 19 days.
Really helps to locate my teenaged political imaginary! H/t @SoberLookhttps://t.co/QMcyLz3YgA pic.twitter.com/lAMAxB26Fj

After the coup 650,000 people were arrested - a third of whom were put on trial - and 517 people were sentenced to death, of whom 49 were executed.

Many more people were tortured in Turkish prisons and the early 1980s is still remembered as a dark era.

Turkish film director Yilmaz Guney - who himself was jailed in 1980 - won the Palme d’Or at Cannes in 1982 with Yol, which was set in the aftermath of the coup. The film was banned in Turkey because of its bleak portrayal of life under a military dictatorship.

Osman Tüfekçi was among those jailed and in 2018 he told the Anadolu news agency: "I was held there for 37 days and in the first 22 days, I was tortured. They were constantly cursing at me if they were not busy beating me…They connected cables to my genitalia, to my fingers. It was a horrible, great pain. You don't even know what to feel after a while. It was unbearable."

On the morning of 12 September 1980 General Kenan Evren, the chief of the general staff, launched Operation Flag, seizing power after several years of political violence and disorder.

In 2011 retired Vice-Admiral Isak Biren told the BBC why he had taken part in the coup: “The main mission was to go back to democracy as soon as possible but in order to do that we have to get rid of the anarchy and terrorism on the streets because if you don’t have security or safety of life you don’t have anything.” 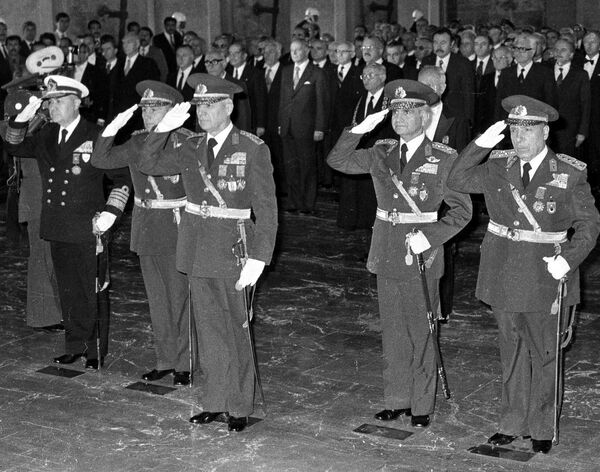 The modern Turkish state had been found in the 1920s by Kemal Ataturk as a modern, secular republic and his Republican People’s Party (CHP) dominated the country until 1969. 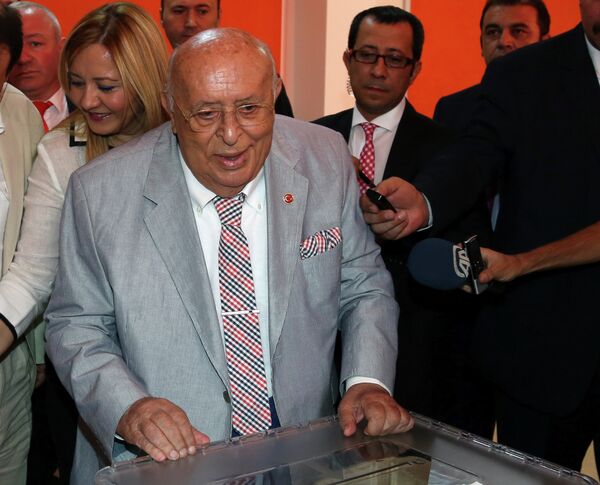 But during the 1970s there were 11 prime ministers and the lack of strong political leadership allowed for the growth of violent left-wing and right-wing groups who regularly clashed.

The most popular left-wing group was Devrimci Yol (Revolutionary Path), which was better known as Dev Yol, and their mortal enemies were the Grey Wolves, a neo-fascist group whose members included Mehmet Ali Ağca, who became famous in 1981 when he tried and failed to assassinate the Pope in Rome.

Between 1976 and 1980 around 5,000 people were killed in terrorist attacks by the left or the right and street clashes persisted during the summer of 1980.

​Finally the army’s patience ran out and they sent tanks onto the streets of Ankara, Istanbul and other big cities. Unlike the 2016 coup, the majority of Turks welcomed the takeover, which they hoped would restore order.

The prime minister, Süleyman Demirel - who had been ousted by the military in 1971 - was kicked out again and was later banned from politics for 10 years.

In 1982 Evren restored democracy and stayed on as president - then a largely ceremonial role - until 1989, although he would eventually be put on trial in 2012 for his actions 32 years earlier.

Evren, by then aged 96, was sentenced to life imprisonment in 2014 and demoted to the rank of private. He died the following year, still pleading his innocence and saying he had acted for the good of the nation.

The Turkish military remained loyal to the secular dream of Ataturk despite the resurgence of Islamism, which led to Recep Tayyip Erdogan and his AKP party sweeping to power in 2002. 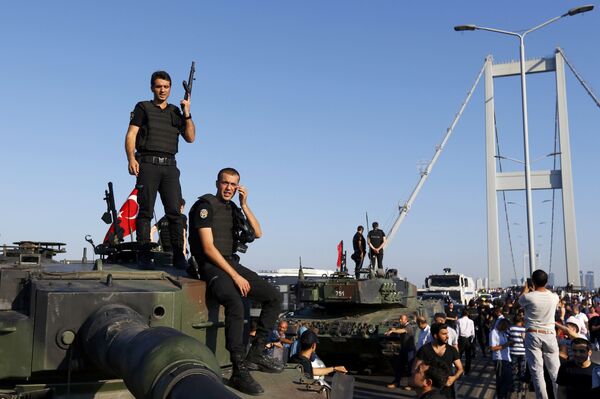 Erdogan remained deeply suspicious of the Kemalist “deep state”, which was accused of plotting another coup in 2003. More than 300 army officers accused of being planning the so-called Ergenekon coup were jailed but the highest court of appeal later quashed the convictions and ruled there had been no such plot.

When the 2016 coup was launched the Kemalists were originally suspected of being behind it, although the Turkish government later claimed the real mastermind was Fethullah Gülen, an Islamic scholar and former Erdogan ally who is now in exile in the United States.

000000
Popular comments
Stop the affair of sending army personals to join training with the USA or scholarship to the military in the USA. Operation Condor in Latin America was organized by the USA with the military to kill any person with "left" political thinking.

landauroj
12 September 2020, 11:25 GMT2
000000
Ha! Calling Gulen a scholar is like calling ISIS a militia that fights and kills. True, but not the whole truth at all. Gulen amd Erdogan were teacher and student respectively -both into Islamism and Turconationalism and who then fell out. Big deal! Same poo ,different bucket. Some of us know better and don't forget the truth regardless of the latest love affairs between Turkey and others.