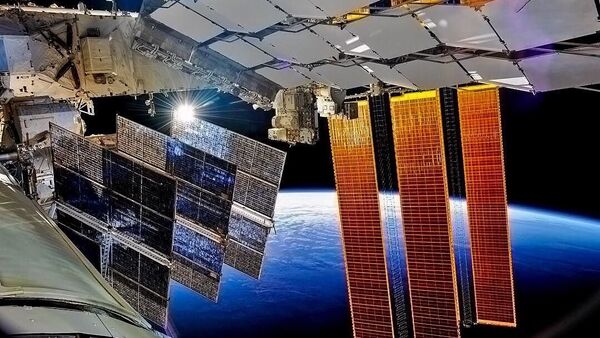 Tim Korso
All materials
The ISS underwent a Debris Avoidance Manoeuvre (DAM) this July after a threat of colliding with the remains of a Soviet-era satellite emerged. A DAM is not something out of the ordinary for the station, unlike partial evacuations, which have been performed five times to date, and are used when it is thought to be too late to avoid a collision.

Russian Space Agency Roscosmos has warned that the International Space Station (ISS) has a high chance of colliding with the low-orbit US military satellite BRICSat-2, which has "turned into so-called space debris". A collision is expected to take place at 23:23 GMT on 13 September, Roscosmos experts calculated, suggesting that the ISS must perform a Debris Avoidance Manoeuvre (DAM) around one or two hours prior to the threat.

"Russia has repeatedly drawn the attention of partners to new threats emerging in space in the light of creating the low-orbit satellite constellations, and has suggested to develop regulations needed for cooperation in this sphere", Roscosmos said in its statement.

The BRICSat-2 is an experimental amateur radio satellite developed by the US Naval Academy and launched into low-Earth orbit in June 2019 by a SpaceX Falcon Heavy. Such satellites are ordinarily used to assist short-wave radio enthusiasts to communicate with each other using amateur, or 'HAM', radio stations.

Navigating Between Debris and Satellites in Space

DAMs are not unusual for the ISS, particularly as the lower orbit has become increasingly polluted in recent years by both functioning and defunct satellites which belong to military groups, governments and private companies. Once a satellite is decommissioned it remains in space until its orbit deteriorates and it enters the earth's atmosphere and burns up. The DAM manoeuvre is performed using the Russian Orbital Segment, which is capable of slightly changing the orbit of the ISS, lifting the station a bit "higher" - away from the Earth - in most cases.

The last time the ISS performed a DAM was in July 2020, to avoid a collision with a piece of a booster stage from a Proton-K rocket that had been used to launch a Soviet-era spacecraft in September 1987. A far-rarer occasion is a partial evacuation of ISS personnel, which has happened five times in its history, when an object is detected too late to perform the DAM. In such cases, the ISS crew closes all catches and retreats to a Soyuz spacecraft to evacuate completely, should a collision be critical to the station.