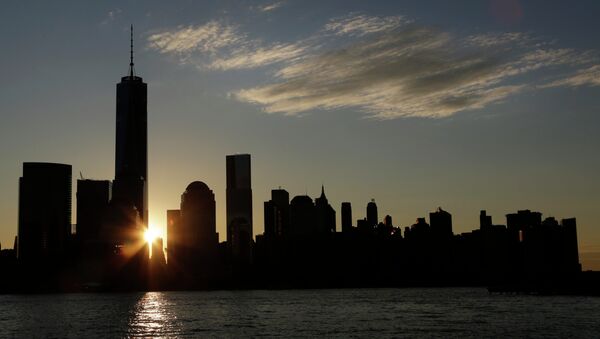 US lawmakers and the chief medical officer of the Fire Department of New York (FDNY) are demanding an explanation for the US Department of the Treasury’s alleged siphoning of nearly $4 million from a program which tracks and treats FDNY personnel with 9/11-related illnesses.

“Here we have sick World Trade Center-exposed firefighters and EMS workers, at a time when the city is having difficult financial circumstances due to COVID-19, and we’re not getting the money we need to be able to treat these heroes,” Dr. David Prezant, director of the FDNY’s World Trade Center Health Program, told the New York Daily News.

“This was just disappearing,” Prezant said, speaking of funds authorized by the National Institute for Occupational Safety and Health, then pocketed by the Treasury.

“This is the most amazing thing. This was disappearing - without any notification.”

Prezant detailed that the Treasury has been progressively docking payments owed to the program since before US President Donald Trump assumed office in 2017. The Treasury reportedly kept $500,000 of the relevant funds in 2016 and 2017, and upped its alleged siphoning to $630,000 for 2018 and 2019.

The director claimed the Treasury exponentially increased its withholdings this year, totaling $1.447 million as of August. Prezant claimed that he has been openly questioning the discrepancy over the years, but only received something of an explanation from Rep. Pete King (R-NY), who said the money was tied up over an unrelated Medicare bill dispute between the federal government and another agency in New York City.

King, the representative for New York’s 2nd congressional district since 2013, has also been sounding the alarm over the treatment of sick first responders and issued a letter to US Treasury Secretary Steve Mnuchin. King has yet to receive a response from the Trump administration official, but has reportedly sent a second letter to Mnuchin.

The congressman revealed to the Daily News that he intended to confront Vice President Mike Pence on Friday during the Tunnel to Towers Foundation event commemorating the sacrifices of 9/11 first responders, such as the late FDNY firefighter Stephen Siller.

“I gotta tell him,” King said. “Forget the politics. I don’t want to sound naive, but this is terrible, absolutely inexcusable.”

The representative’s comments were followed by a Friday photo featuring a close handshake between Pence and King, both of whom were wearing face masks.

Very moving ceremony this morning in lower Manhattan commemorating the police, the firefighters and all the victims and heroes of 9/11. Proud to join with @VP Pence to honor their memory. God Bless America!! pic.twitter.com/5jajoOCe0W

Senate Minority Leader Chuck Schumer (D-NY) also went on the record with the Daily News and called for the delivery of funds reportedly owed.

“The Trump Treasury Department siphoning congressionally appropriated funds meant to pay for 9/11 workers' healthcare is an outrageous finger in the eye to the firefighters, cops and other first responders who risked their lives for us," Schumer said. This needs to stop forthwith and payments to the workers' health program must be made whole - and now.”

Prezant highlighted that no physicians, nurses or support staff have been laid off amid the reported incident, but the increasing lack of anticipated funds may force the program to halt its hiring and fire medical staffers during the COVID-19 novel coronavirus pandemic.

"This just isn't fair. It's not fair to our patients."