Under Pressure? EU Negotiators Show Signs of 'Softening' Amid Stand-Off With UK - Report 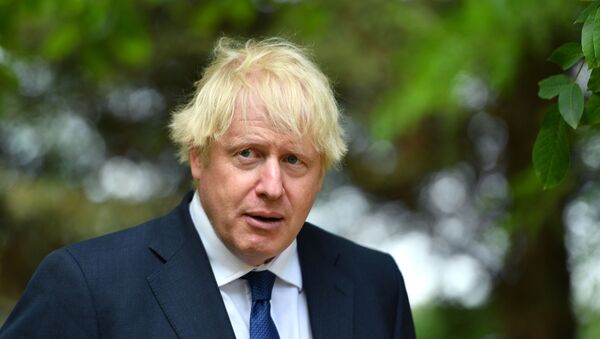 © REUTERS / POOL
Subscribe
International
India
Africa
The news comes as less than five weeks remain for the UK and the EU to strike a deal before Boris Johnson’s deadline of October 15th, on which date he has said he is prepared to “walk away” with or without an agreement.

The British government reportedly believes that the EU is showing signs of softening as Boris Johnson prepares for the final leg of discussions over getting a Brexit deal secured.

According to The Sun, the UK side has been encouraged by signs that the EU’s top negotiator, Michel Barnier was “more forward” than usual on getting on with discussions regarding key trade issues this week. Moreover, UK officials allegedly said that Germany has pledged to continue negotiations “right up to the last moment” in order to try and secure a favourable outcome.

Sources are said to have told The Sun that the EU realised they “got themselves on a bit of a hook” because of recent negotiating tactics and threats to cut off trade with the UK.

Negotiations between the EU and the UK appeared to hit rock-bottom over the last week as The European Parliament threatened that it would block any UK food exports if Boris Johnson continued with plans to revise his own government’s Brexit deal.

Leaders in Brussels said that the UK Prime Minister’s Internal Market Bill is a “serious and unacceptable breach of international law” which puts trade negotiations at risk.

The bill ultimately relates to the Northern Ireland Protocol - part of last year’s Brexit agreement - that aims to prevent the return of a hard border to the island of Ireland. If the Internal Market Bill becomes law - a matter that will be debated in the House of Commons on September 14 - then it would give a mandate to ministers to “disapply” rules on the movement of goods between Britain and Northern Ireland that will come into force on January 1st, if the UK and EU fail to forge a trade deal.

Mr Barnier also argued that the UK side has not been engaging with him properly, an accusation rebuked by a No. 10 Downing Street spokesman: “we do still believe that there is a deal to be reached. We will work hard to achieve it.”

“We've been asking for more realism on the EU side about what it means for the UK to have left the EU and to once again be a sovereign nation,” the spokesman added.

EU sources reportedly told The Sun that negotiations are not dead in the water, and can be revived, but that to do so Boris Johnson will need to cancel parts of his Internal Market Bill that apparently breach last year’s agreed deal. Brussels has set a 20 day “deadline” for the UK to do so.

An EU Commission spokesman said that, “we’re going to wait for the reaction of the UK by that deadline. We’ll consider next steps once we’ve reaches that particular bridge.”

Former Labour Party leader Gordon Brown, who was Prime Minister of the UK between 2007-2010, has become the country’s third previous national leader to condemn Boris Johnson over the Internal Market Bill, slamming it as “a huge act of self-harm.”