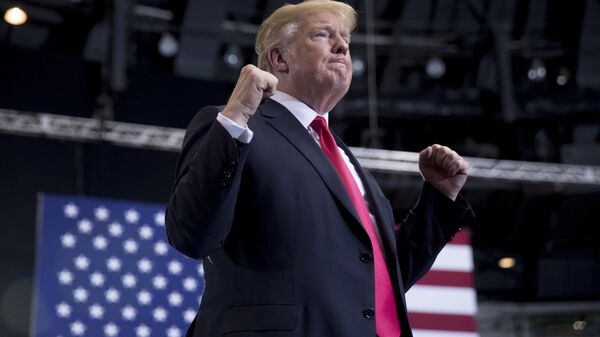 Donald Trump has picked Youtube, a US online video-sharing platform owned by Google, as his new wonder-tool to reach out to potential voters during the 2020 election campaign. International observers have weighed up the president team's choice, while cautioning that YouTube's policies raise as many questions as those of Facebook and Twitter.

In the course of the 2016 presidential race Team Trump largely relied on Facebook, which proved to be an effective strategy at that time, Politico noted last Sunday, adding that this year the incumbent "is betting big on YouTube". The Trump campaign and the Republican National Committee have already poured $65 million into YouTube and Google, while their rivals have spent roughly half of that. According to the magazine, the president's team sees the video-sharing platform "as a potential soft spot in the Democrat's effort" and is rushing to take advantage.

How to Deliver a Message Across Uncontested

"The Trump team has always been very clever in knowing how to target resources so that Trump’s message gets to the intended audience", says Alan Bailey, a UK-based political analyst. "YouTube has become too much of their television. Trump’s audience is likely to be using it extensively right now and in the run up to the election".

Trump's campaign focus on YouTube was emphasised by Bloomberg on 21 February when the media outlet broke that in the immediate run to the US presidential election and on Election Day, the video-sharing platform's home page would advertise just one candidate – Donald Trump.

This became possible since YouTube rolled out a new tool in Google Ads, called Instant Reserve, in October 2019, letting campaigners secure advertising space for all of 2020 in advance.

Commenting on the platform's new endeavour, The Verge suggested last year that YouTube could take a bite out of the politicians' Facebook ad spending ahead of the election. The outlet noted that the company had reportedly carried out  research prior to the 2018 midterms indicating that YouTube viewers appear to be persuadable voters based on their viewing interests.

The president campaign's choice of YouTube as a battlefield is a clever one, deems Joseph Oliver Boyd-Barrett, professor emeritus at Bowling Green State University.

"It shows up the DNC in terms of social media canniness and casts the DNC in a fuddy-duddy light, as a party that is as behind on YouTube as it was on Facebook in 2016 and that doesn't understand where the younger demographics are 'at'", the academic notes. "I see the Trump YouTube campaign as a good way of reaching out to the base, primarily, and, secondarily, seducing younger viewers".

According to Boyd-Barrett, the older model under which US politicians relied highly on mainstream media is swiftly losing its appeal as, first, "political candidates rarely got air time on their own term" and, second, the news coverage of the candidates and, more importantly, of the issues have long been "unacceptably poor".

"The YouTube campaign does once again underline the enormous importance to politicians, as well as to corporate leaders, of the ability to bypass the established media, something which Trump has learned to do, with extraordinary impact if not efficacy, through Twitter", the professor points out, adding however that social media has yet to eclipse the established MSM in terms of "propaganda" and "information warfare".

Yet another important issue is ad costs, according to Fernando Bruccoleri, a tech entrepreneur from Uruguay.

"Television is still a relatively expensive advertising medium compared to the internet, especially considering the infinity of platforms available", he notes. "Not surprisingly, Cisco predicts that video will represent 82 percent of internet traffic by 2022".

Trump's ads on YouTube have already attracted a great deal of attention: and as the incumbent president continues to trail his Democratic contender in nationwide polls, the campaign has chosen aggressive ad tactics.

In August, Business Insider reported that Team Trump kicked off an ad depicting Joe Biden as senile at the top of YouTube's homepage, adding that the nearly two-minute video also got plenty of play on Fox News. The release of the ad coincided with the Democratic National Convention (DNC). According to the media outlet, the video-clip got more than 1.7 million views. 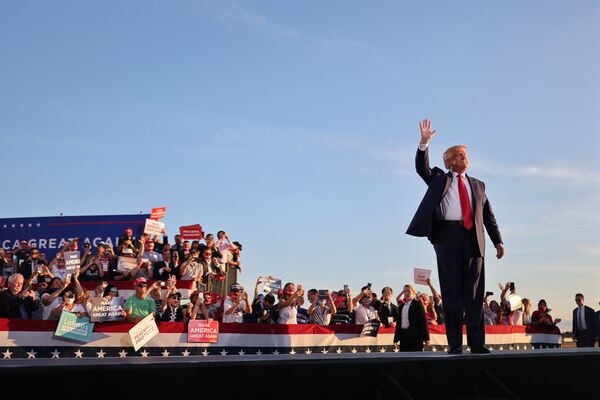 Still, one should not think that the Trump campaign will only be on YouTube: figures indicate that it has been spending more on Facebook ads.

Though Trump's 2020 campaign and the RNC have spent over $68 million on Youtube and Google ads, according to OpenSecrets online ad data, they have already funnelled up to $101.9 million into Facebook ads, says Anna Massoglia, a researcher at the Center for Responsive Politics.

By comparison, the Biden campaign has reportedly spent about $23 million on YouTube and Google and $51 million on Facebook.

"At the time, Facebook was the advertising tool par excellence for the Trump campaign, but it would be a mistake to try to imitate it today or put emphasis only on this platform", notes Fernando Bruccoleri. "That is why I think it is a good alternative to use YouTube and also recommend Instagram video ads".

There could be a good reason for Trump to diversify his digital sources: previously, the president has repeatedly lambasted Facebook and Twitter for silencing conservative voices. He pushed ahead with an executive order stripping social media giants of immunity in case they are policing their users' content after Twitter editorialised his posts in May 2020.

Nevertheless, this did not prevent the Silicon Valley giants from taking down posts and blocking information they consider false and inaccurate: in early August, Facebook removed a video from US President Donald Trump's personal page under the pretext it contained "harmful COVID misinformation".

Still, one should not delude oneself into thinking that YouTube is not involved in this sort of digital "censoring", according to Alan Bailey.

"Many channels have been closed down if they speak of subjects that are outside the mainstream and contrary to US policy", the political analyst says. "Many valuable information sources have been closed and many broadcasters thrown off the platform. Much as we may wish it, social media is owned and run by Corporations which are often in close relationships with the US government, and pressure is often applied to these corporations to block, remove and edit their content".

In December 2019, CBS News' 60 Minutes revealed that over 300 ads for President Trump were taken down by Google and YouTube, mostly over the summer, for "violating company policy". However, the platform's archive did not detail what policy was violated, 60 Minutes pointed out, noting that it found "very little transparency in the transparency report".