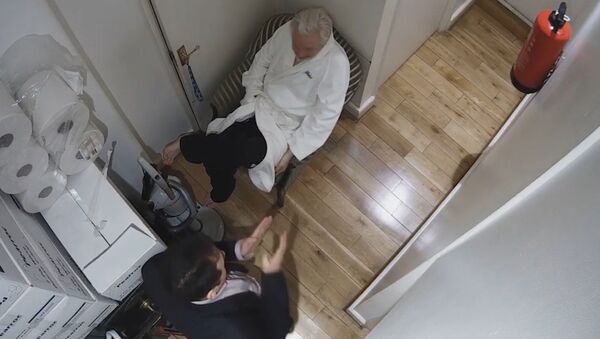 Subscribe
Svetlana Ekimenko
All materialsWrite to the author
In 2019 an EL PAIS investigation, acting on a criminal complaint filed by Julian Assange, claimed that numerous illegal recordings had been made by the Spanish private security company UC Global while WikiLeaks whistleblower Julian Assange was living at the Ecuadorean embassy, where he sought asylum in 2012 to evade possible extradition to the US.

The US is hampering judicial cooperation with Spain in its ongoing investigation into alleged espionage against WikiLeaks founder Julian Assange during his asylum tenure in the Ecuadorean embassy in London, reports El PAIS.

American prosecutors have reportedly hinged the cooperation on the willingness of a Spanish judge to open up on his information sources in the case.

Judge Jose de la Mata of Spain’s High Court had earlier sent a request for judicial cooperation to US authorities as part of a probe he is heading into a Spanish private security company, UC Global S.L., which was in charge of security at the embassy, and its owner David Morales.

US prosecutors have responded to the request by sending a letter to a liaison judge for Spain in the US, asking her to convey a spate of demands to De la Mata.

Thus, the Spanish judge investigating the alleged spying on Julian Assange is asked to provide proof that the information they seek from the US authorities is “relevant and substantial to the investigation.” 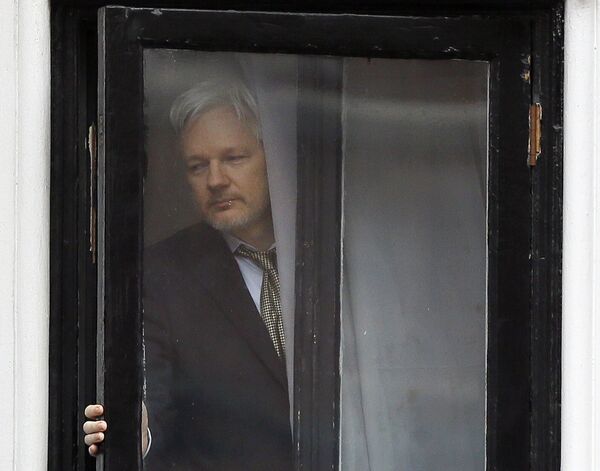 In this Feb. 5, 2016 file photo, Wikileaks founder Julian Assange walks onto the balcony of the Ecuadorean Embassy in London.
© AP Photo / Kirsty Wigglesworth

Furthermore, Washington demands that the judge reveal the sources of information that the request for judicial cooperation is based on.

The US prosecutors want the Spanish judge to reply to a long list of questions covering diverse aspects of the investigation he is leading, writes the outlet.

The prosecutors reportedly want to know who the Judge thinks that Morales was providing information to, whether his actions are believed to be a case of bribery, or if he was possibly working for a foreign information service.

The information is to be provided to US authorities before 16 October, otherwise “we will assume that Spanish authorities are not interested”, the American prosecutors’ demand reportedly states, threatening to “shelve” the request for cooperation.

The judicial investigation into the Spanish security firm UC Global S.L. was ordered by judge Jose de la Mata weeks after an investigation by EL PAIS had published videos, audios and reports in 2019 that claimed the company had spied on Julian Assange while he resided at the embassy.

The secret probe by the outlet was triggered by a criminal complaint filed by Assange himself, where he accused Morales and the company of violations of his privacy and secrecy of his client-attorney privileges.

The investigation led by the Spanish judge centres on allegations that the firm UC Global had covertly recorded Julian Assange’s private encounters with lawyers, politicians, relatives and journalists at the Ecuadorean embassy in London, where he took refuge in 2012. David Morales, the company’s owner, was arrested a year ago and released, pending trial.

Morales, a former military man, whose company was hired by the government of then-Ecuadorian President Rafael Correa, reportedly stated to a number of his employees that he also worked “for the Americans”, providing them with documents, videos and audios of meetings involving Assange. 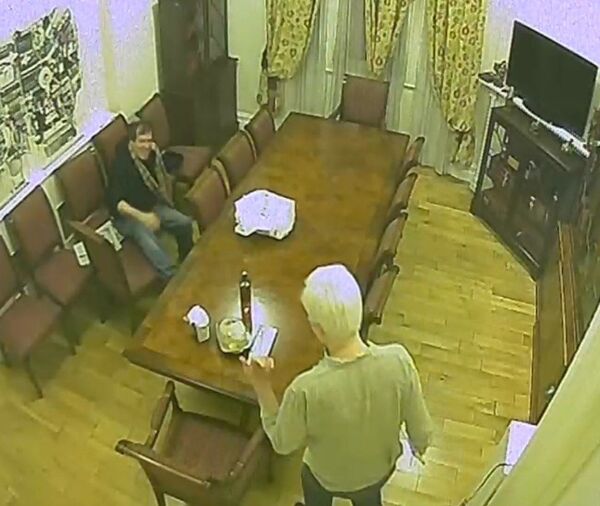 The Judge, writes the outlet, has sought cooperation from US prosecutors to provide IP addresses of computers allegedly linked from US territory to a server of the private security firm at its headquarters in the southern Spanish city of Jerez de la Frontera.

Morales is being accused of having provided the CIA with recordings and video material offering a detailed insight into the activities of the WikiLeaks founder inside the diplomatic mission right up until his eviction in April 2019.

Testimonies of a spate of witnesses and former UC Global workers claim that the server in question stored all recordings made by cameras at the embassy, including reports drafted by company employees assessing each visit Assange received. The data is also believed to contain images of the visitors' passports, and photographs of their cellphones and electronic devices.

US intelligence services were allegedly granted access to this central server. 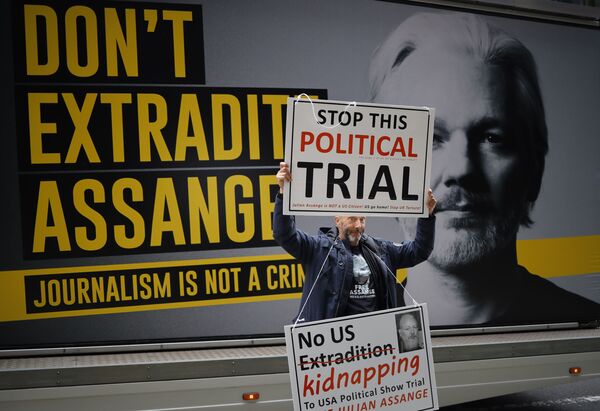 A demonstrator protests outside of the Old Bailey court in central London on September 8, 2020, on the second day of the resumption of WikiLeaks founder Julian Assange's extradition hearing. - Lawyers for WikiLeaks founder Julian Assange on Monday failed to persuade a British judge to throw out new US allegations against him, as he resumed his fight to avoid extradition to the United States for leaking military secrets. Protesters gathered outside London's Old Bailey court as the 49-year-old Australian was brought in, brandishing placards reading "Don't Extradite Assange" and "Stop this political trial".
© AFP 2021 / TOLGA AKMEN

Currently, hearings have resumed at the London Central Criminal Court to decide whether WikiLeaks founder Julian Assange should be sent to the United States.

000000
Popular comments
<< The prosecutors reportedly want to know who the Judge thinks that Morales was providing information to, whether his actions are believed to be a case of bribery, or if he was possibly working for a foreign information service. >> Well, send the paperwork, sit in the court if you wish and the judge might then be able to tell you ...and all of us. USA hubris. Laughable.