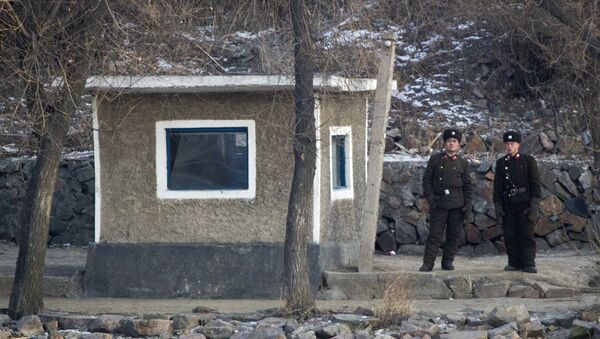 Aleksandra Serebriakova
Moscow-based Sputnik correspondent specializing in foreign affairs.
All materialsWrite to the author
In January, North Korea closed its borders with neighboring China, the country which was the first to report cases of the coronavirus infection. No instances of COVID-19 disease have officially been recorded in the Democratic People’s Republic of Korea.

North Korean authorities have issued shoot and kill orders on the border with China to avoid COVID-19 contamination, US Forces Korea commander Robert Abrams reportedly said during an online conference for the Center for Strategic and International Studies (CSIS), as quoted by the Bangkok Post.

According to Abrams' online remarks on Thursday, Pyongyang has installed a new "buffer zone, one or two kilometres up on the Chinese border,” as the boundary between the two countries has remained closed since January to prevent the spread of coronavirus, potentially encouraging smuggling.

“They've got North Korean SOF (Special Operations Forces) out there. ... Strike forces, they've got shoot-to-kill orders in place,” the military commander was quoted as saying.

Imports from China have dropped significantly since the border closure, and this has had a negative impact on North Korea’s economic situation, according to Abrams, as it just “accelerated the effects” of sanctions imposed on the country over its nuclear programme.

"The regime right now - the military - is focused principally on getting their country recovered and to help mitigate the risk of COVID-19”, the USFK commander said. 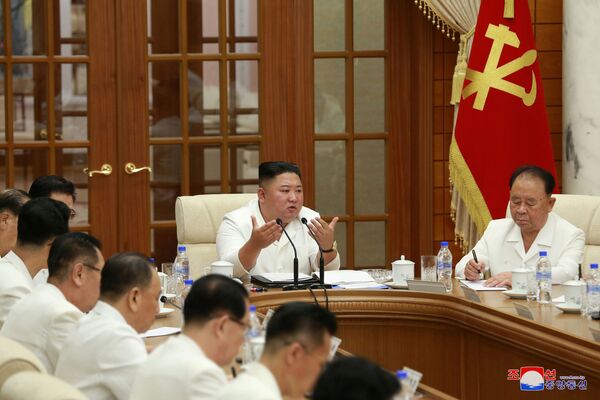 China has recorded 90,127 cases of coronavirus so far, based on data provided by Johns Hopkins University, while North Korea has not declared any cases of the infection, although “a suspected case” of COVID-19 was reported in the city of Kaesong by the Korean Central News Agency in July. The person with coronavirus symptoms was said to be a defector to South Korea, who left the country three years ago and then made his way back to the North on 19 July.

It was not specified whether the case was confirmed in the end and officially North Korea’s coronavirus count remained at zero. The city was still locked down for three week as the state of emergency was raised to the maximum level.