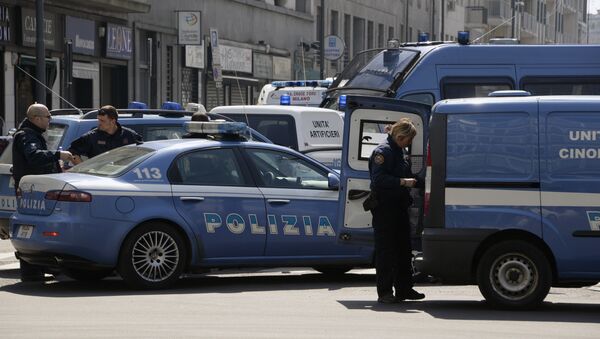 Muhammad Osman
All materialsWrite to the author
The body of the France-based, Russian supermodel was said to have been found by the Italian coastguard off Sardinia near one of Italy’s largest military bases on the Teulada coastline, routinely used by the North Atlantic Treaty Organization (NATO) for their war games.

Italian authorities in the autonomous region of Sardinia are investigating possible espionage after a Russian Playboy model drowned off the island near a NATO military base used for war games, the New York Post reported on Thursday.

Galina Fedorova, 35, was found dead in the waters of the Mediterranean Sea off Sardinia on Saturday by Italian coast guards after she, along with British photographer Yev Taranovs, reportedly stopped to swim during their journey to a remote Sardinian island to be involved in a photo session using the inflatable boat.

Officials said they have confiscated cameras and a drone from Taranovs, who was rescued by a nearby boat, to “make sure” that the incident was not “a cover for a spying mission”.

“There is interest in the drone footage as this happened very close to a NATO firing range,” a police source said, quoted by The Sun. “We have to make sure the assignment was not a cover for a spying mission.”

Enrico Lussu, a deputy prosecutor based in Cagliari, the capital of Sardinia, said that authorities are also working on analysing content obtained from a computer and mobile phones found in the boat.

“We’re analyzing the contents, which have been copied from the devices, before handing them back to their owner,” Lussu said, cited by the New York Post. “The investigation is continuing and according to a very preliminary report the young woman drowned,” the official said.

Tanarovs, a 42-year-old British photographer, told police that he lost track of Fedorova while the two were swimming away from their boat, according to The Sun. Taranovs narrated that the inflatable boat, said to be littered with booze bottles, dragged its anchor and beached on a nearby reef at Isola Rossa off the south-east coast of Sardinia.

Taranovs reportedly lost sight of the Russian supermodel while attempting to swim for the boat, after which he started shouting out to a nearby passing boat.