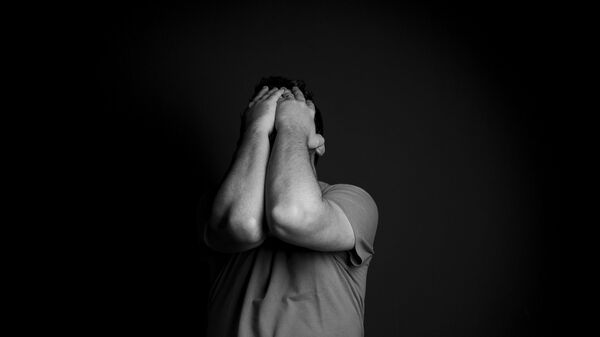 Nair N.B.
Sputnik correspondent
All materialsWrite to the author
India has one of the highest suicide rates in South East Asia, according to a report by the World Health Organization (WHO) in 2019. Sri Lanka was second in the tally, while Thailand was third.

The death of Bollywood actor Sushant Singh Rajput who was found hanging from the ceiling fan of his Mumbai flat, has once again highlighted the issue of suicide and what can be done to prevent people from taking their own lives.

According to the latest national data released by the National Crime Record Bureau, as many as 381 people took their lives every day in 2019. This was slightly higher (0.2 percent) than the previous year.

There have been reports that 2020 could be worse as the prolonged lockdown due to COVID-19 has added to the stress-levels of mentally vulnerable people.

While some reports indicated a decline in suicides due to the proximity of family, loss of employment and financial strains have pushed some others to commit suicide.

According to Dr. Roy Abraham Kallivayalil, Secretary General of Geneva-based World Psychiatric Association, “We have seen increased cases of suicides all over India during the lockdown.”

“Even in Kerala state there were several incidents of suicides in isolation wards or those who were quarantined for COVID-19. I have come across a large number of people with suicidal tendencies, because of the collapse of the whole system. It worsens for those who already have mental health problems,” Dr. Kallivayalil told Sputnik

Dr. Kallivayalil said such tendencies were also noticed in children and adolescents and overall, there has been a 20-40 percent increase in mental health problems during the lockdown.

Stating that Indian society used to have a social cohesion, which is gradually disappearing, the psychiatrist stated: “We need to create an inclusive society. The society should foster mental health as a collective responsibility.”

She pointed out there are several factors contributing to suicidal tendencies, like financial stress, unrest in society and uncertainty about future.

'Bring Mossad, KGB Too': Indian Politician Takes Jab at CBI Probe Into Sushant Singh Suicide Case
In Delhi’s satellite city of Noida, a report indicates that 195 people died of suicide in 2020, of which 74 percent were reported between April and August.

Noida has a mix of population, from industrial workers to white-collar employees.

A report by a private research agency, the Centre for Monitoring the Indian Economy, estimated that about 21 million salaried employees lost their jobs between April and August

Thirty four-year-old Bollywood actor Sushant Singh Rajput was found dead in his flat in suburban Bandra in Mumbai on 14 June. Mumbai police filed a case of unnatural death, while the actor’s family lodged a complaint against his former girlfriend Rhea Chakraborty for allegedly abetting his suicide.