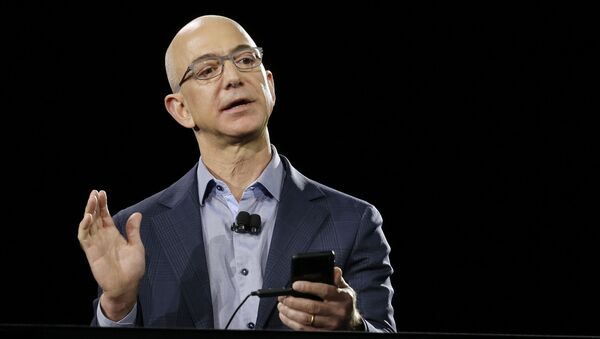 Radhika Parashar
All materialsWrite to the author
At a time when the global economy is struck by pandemic woes, India’s biggest industrialist Mukesh Ambani has been seeing huge investments in his Reliance Industries, one of India’s most valuable companies. In recent months, Ambani’s oil-to-telecom company has garnered investments worth over $15 billion from foreign firms.

Both Reliance and Amazon are currently in the initial stages of talks and there was no immediate official statement confirming or denying the rumours from either of the companies.

Why Are Global Investors Chasing India's Reliance Industries With Multi-Billion Dollar Investments?
If everything falls in place, at $20 billion, the deal would put a twist on the otherwise competitive rivalry that reportedly exists between Bezos and Ambani.

Earlier in 2020, Facebook invested $5.8 billion in the purchase of a 9.9 percent stake in Reliance Jio. At that time, Facebook CEO Mark Zuckerberg said the collaboration would be beneficial for Indian businesses.

Several other US-based equity firms have also made hefty investments in Reliance industries – which at the beginning of the year became India’s first and only company to have a market capitalisation of $160 billion.