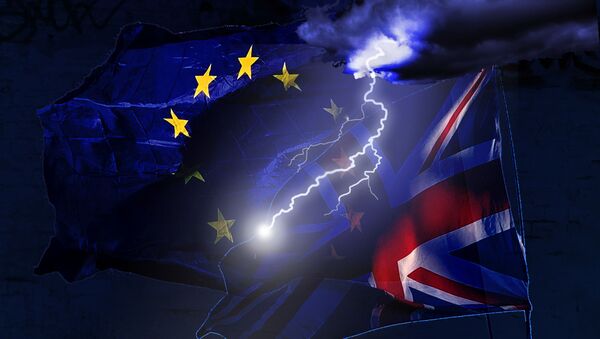 The UK government earlier announced its determination to "move on" if no deal on post-Brexit relations is reached with the bloc by 15 October, the day of the next European Council summit.

Irish premier Micheal Martin said that UK risks forfeiting the EU’s trust as time runs out in talks on a free trade deal.

“I think the British government needs to move to restore trust and to give meaningful reassurance to the European negotiators,” Martin said as quoted by  the Financial Times.

“Our colleagues in Europe, in particular those conducting the negotiations, are now wondering whether the will is there or not to arrive at a conclusion and get an agreement — and that is a very serious issue,” he added.

According to Micheal Martin, the sections of Prime Minister Boris Johnson's internal market bill that would undermine the agreement “should be withdrawn”.

“In my view, the sensible thing would be to withdraw those clauses, but it's a matter for the British government now to decide how it is going to engage with the EU negotiators in how it seeks to restore trust and credibility to the process,” he said.

Micheal Martin also noted that the UK move was bad for Northern Ireland.

“Its potentially divisive in terms of the politics of Northern Ireland, and from that perspective, is most unwelcome,” he stressed.

The new UK Internal Market Bill, introduced by Boris Johnson to the UK parliament on Wednesday, seeks to ensure barrier-free trade between the United Kingdom’s four constituent nations. Earlier this week, Northern Ireland Secretary Brandon Lewis told parliament that the proposed bill would "break international law in a very specific and limited way" by amending the UK’s Brexit deal with the EU.

In particular, the new bill will seek to override parts of the Northern Ireland protocol that was introduced to the Brexit deal. Proposed customs checks on goods entering Northern Ireland from the rest of the United Kingdom, a major demand from the EU, have been a major sticking point of negotiations.

After the UK withdrew from the European bloc on 31 January, both sides entered into an 11-month transition period to set the rules for their future bilateral trade.

If no agreement is eventually secured, London and Brussels will have to trade on the terms set by World Trade Organization, meaning that tariffs and full border checks would be imposed on UK goods entering the EU.