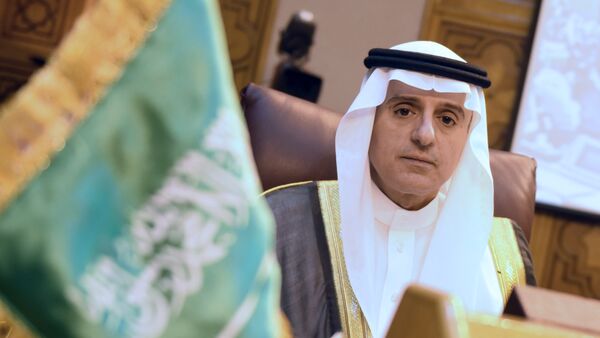 Saudi Foreign Minister Adel al-Jubeir has expressed the Kingdom's support for a "just and comprehensive solution to the Palestinian issue."

In a series of tweets Wednesday, the Saudi Foreign Ministry quoted al-Jubeir as saying that Riyadh envisions the establishment of a Palestinian state within the borders of 1967, with East Jerusalem as its capital, "in accordance with international legitimacy and the Arab Peace Initiative."

"We continue to adhere to our positions on the just cause of the Palestinian people, who are suffering from Israeli occupation," al-Jubeir noted.

On Monday, Saudi media reported that King Salman had held telephone talks with US President Donald Trump and informed him of the Kingdom's willingness to reach a "permanent and just solution to the Palestinian cause to bring peace," but only with a guarantee of Palestinian statehood.

Saudi Arabia is a proponent of the Arab Peace Initiative, a ten point proposal to ending the Arab-Israeli conflict endorsed by the Arab League at its Beirut Summit in 2002. The proposal offers Israel normalization of relations with the Arab world in exchange for the withdrawal of Israeli military forces and settlers from all occupied areas, including the West Bank, Gaza, Syria's Golan Heights and areas on the border with Lebanon, plus the establishment of a Palestinian State along the 1967 borders (i.e. borders as they were before the Arab-Israeli War of June 1967). 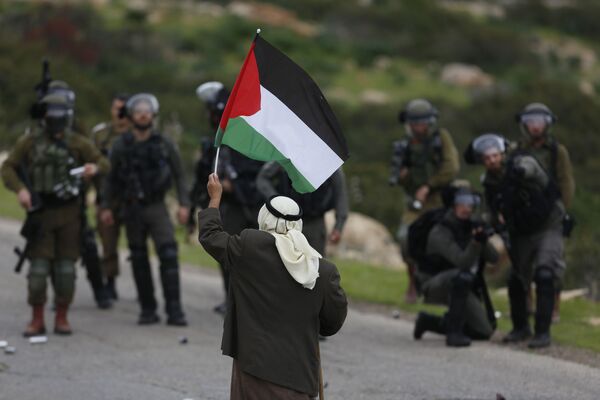 Israeli prime ministers have expressed varying levels of support for the Arab Peace Initiatives, with current Prime Minister Benjamin Netanyahu first welcoming but then rejecting the plan. Palestinian National Authority President Mahmoud Abbas and Fatah have supported the plan, but most factions of Hamas, which governs Gaza, have rejected it.

Last week, Riyadh approved a request submitted by the UAE to permit all countries' aircraft to pass through the kingdom's airspace to reach the UAE, with the decision coming days after the first commercial flight from Israel arrived in the UAE via Saudi airspace.

Israel's current borders was established in the aftermath of the Six-Day War of 1967, when Israeli Air Force planes launched a preemptive strike against Egyptian airfields, kicking off a war against a coalition of Arab nations including Egypt, Syria, and Jordan. As a result of that war, Israel captured the West Bank from Jordan, much of Syria's Golan Heights, Lebanon's Shebaa Farms area, and Egypt's Gaza Strip and Sinai peninsula (the latter was gradually returned to Egypt between 1979 and 1982).

The Arab-Israeli conflict. The six-day war of 1967. Refugees on the roads of Israel-occupied Arab territories. Photo copy from the weekly "Za rubezhom."
© Sputnik
/
Go to the photo bank

Last month, the United Arab Emirates announced the normalization of relations with Israel, with Abu Dhabi becoming the first Arab nation in the Persian Gulf region, and the third overall to normalize ties with Tel Aviv since the Jewish State's establishment in 1948. US and Israeli officials praised the decisions and urged other Arab nations to follow the UAE's lead. However, other nations, including Iran and Turkey, denounced the deal and accused Abu Dhabi of betraying the Palestinians. Palestinian leaders similarly denounced the peace agreement as an act of "aggression" and accused the Emiratis of 'stabbing them in the back.'

On Tuesday, Netanyahu confirmed that he would visit Washington next week on President Trump's invitation to attend the "historic White House ceremony to establish the peace agreement" between Israel and the UAE.

000000
Popular comments
Good but insufficient, Saudi Arabia should join Iran with soldiers on the ground plus finance containment activities on Israel's borders, for the liberation of Palestine, Syria, and Lebanon.
guillaume
9 September 2020, 13:39 GMT9
000000
Saudi sheiks have no choice. Yemen attack deep inside their territory to pay back for the war. Qatar doesn't accept their hegemony. Kuwait choose to be neutral in the region like Oman. Syria is Iranian ally. Irak prefer also Tehran. Dubai start to dance with Zionists in lack of coordination with Saudi big brother. Remains Bahrain with mostly Iranian natives. They need the Palestinian card to have anything to say at all among Arabs.