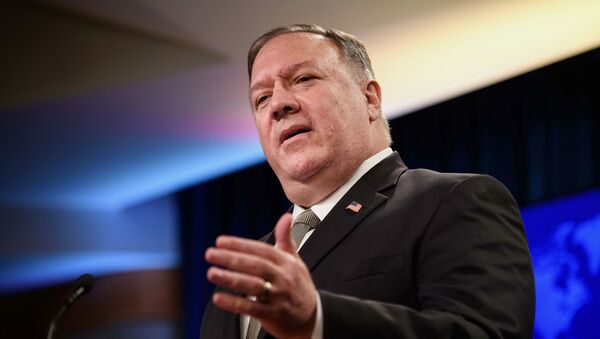 Daria Bedenko
All materialsWrite to the author
Russian opposition figure Alexei Navalny fell ill on 20 August, flying from Tomsk to Moscow. After receiving initial treatment in the Russian city of Omsk, he was transferred to the Charite hospital in Berlin. Later, Germany announced that Navalny had been "poisoned" with a Novichok group nerve agent, without providing medical data.

US Secretary of State Mike Pompeo asserted on Wednesday that there is a "substantial chance" that what is described as Alexei Navalny's "poisoning" came as a result of an order made by "senior Russian officials".

Speaking to GOP pundit Ben Shapiro on a radio show, Pompeo reiterated that the EU and the US "have all made clear" to Russia their expectations that Moscow will "hold those responsible for this accountable".

"I think people all around the world see this kind of activity for what it is", Pompeo said. "And when they see the effort to poison a dissident, and they recognize that there is a substantial chance that this actually came from senior Russian officials, I think this is not good for the Russian people. I think it’s not good for Russia".

The Secretary of State noted that the administration of US President Donald Trump will "do our best to come to a conclusion about who was responsible too".

His comments come after Trump last week said that the US did not receive any proof of the alleged "poisoning". Trump suggested that Washington would look into the situation "very seriously", also noting that he had no reason to doubt the German medial diagnosis.

Berlin claimed that Navalny was poisoned, despite the fact that medics in Omsk, where Navalny received initial treatment after feeling ill on 20 August, found no traces of toxic substances in his system. 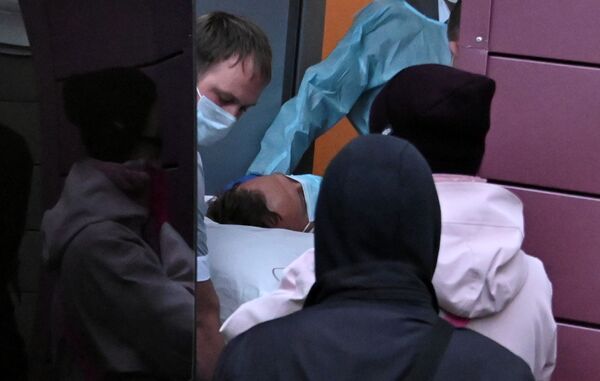 Medical specialists carry Russian opposition leader Alexei Navalny on a stretcher into an ambulance on their way to an airport before his medical evacuation to Germany in Omsk, Russia August 22, 2020.
© REUTERS / Alexey Malgavko

Commenting on the allegations, Russia pointed out that the claims lacked evidence, urging Germany to provide all available data on the matter, including the results of the Bundeswehr laboratory tests and "evidence" obtained by the German Foreign Ministry.

On Wednesday, the Russian Foreign Ministry summoned the German ambassador and voiced protest to the allegations in Navalny's case, warning that a lack of answers and information would be viewed as a "blatant unfriendly provocation" and "refusal to determine the truth in an objective probe".

Navalny fell ill on 20 August on a Russian domestic flight from Tomsk to Moscow, and was initially treated in Omsk and then transferred to the German Charite clinic. At first, German doctors announced that they had found traces of a substance from a group of cholinesterase inhibitors, and later it was asserted that Navalny was "poisoned" with a nerve agent from the Russian-made Novichok group.

Berlin called on Russia to "take action" with regard to the alleged poisoning, as calls emerge to impose sanctions against the Nord Stream 2 gas pipeline project.

Earlier in the week, Charite announced that Navalny was taken out of an artificial coma and was responding to speech stimuli. The fact that he survived and came out of the coma, according to an expert who assisted in the development of Novichok, shows that the nerve agent was not used.