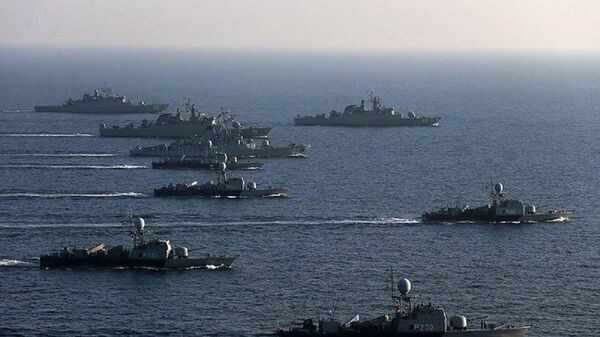 Ilya Tsukanov
All materialsWrite to the author
Iran increased its military activity in waters off its shores in the wake of a major escalation of tensions with Washington after its withdrawal from the Iran nuclear deal in 2018. Since then, the region has witnessed a series of tanker sabotage attacks and seizures, drone shootdowns, and the alleged ‘harassment’ of US warships by Iranian gunboats.

Iran’s armed forces are preparing to launch three days of drilling in the Sea of Oman and the Indian Ocean, Tasnim has reported, citing Rear Admiral Habibollah Sayyari, the veteran Iranian officer who will command the exercises.

The drills, dubbed ‘Zolfaqar-99’, will kick off Thursday, and involve Navy, Army, Air Force, and Air Defence units, and cover some 2 million square km worth of territory in the eastern waters of the Strait of Hormuz, the Makran coast, the Sea of Oman and the northern Indian Ocean.

According to Sayyari, the naval component will include the use of ships, aircraft, and subs, including the Fateh submarine, the first of a new series of Iranian-made semi-heavy submersibles. 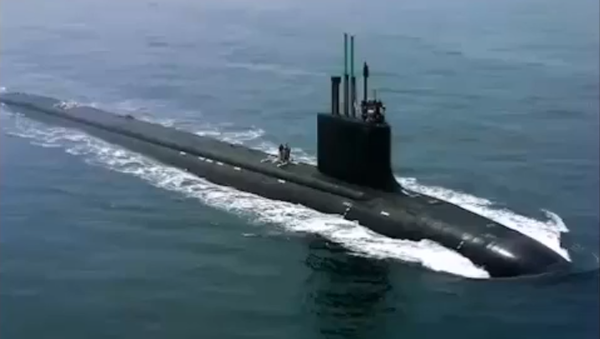 The Army will practice offensive and defensive operations, including an operation to capture beachheads and engage in a ‘decisive confrontation’ against the enemy, and operations using the Simorgh long-range reconnaissance and strike drone.

“Security in West Asia and its vital and strategic waterways requires indigenization of security and constructive cooperation from all regional countries and preventing a foreign presence in regional waters,” Sayyari said.

“Improving the combat readiness and capability of naval, air, [air] defence and ground forces by conducting joint exercises and countering transregional threats by practicing operational plans and ensuring their adequacy in the face of any possible aggression are among the goals pursued in this exercise,” the commander added.

Sayyari warned that “the enemies of the Islamic Republic should know that in case of any strategic mistake, the geography of the battle and Iran’s response to their actions will not be limited to West Asia and they will face a wide battlefield.”

Iran has increased the frequency, scale and scope of its military exercises in the recent years, particularly after the Trump administration’s May 2018 withdrawal from the Iran nuclear deal and the reimposition of crushing banking and energy sanctions against the country.

World
Iran Dubs US Harassment of Passenger Airliner ‘Act of Terror’, Says May Take Legal Action
Last year, the two countries were brought to the brink of war after Washington sent a carrier strike group to the region, and then accused Iran of responsibility for a series of tanker sabotage attacks in the Persian Gulf. In June 2019, Iranian air defences shot down a $220 million US spy drone, prompting President Trump to consider air strikes against the country before backing down at the last minute. In January 2020, after a US drone strike killed a senior Iranian commander in Baghdad, Iran launched multiple missiles at US bases in Iraq, leaving over a hundred US troops with traumatic brain injuries. In April, the US Navy complained about small Iranian gunboats ‘harassing’ its warships as they traversed the Persian Gulf. In July, Iran accused US fighter jets of harrying a passenger aircraft on route to Lebanon in Syrian airspace.