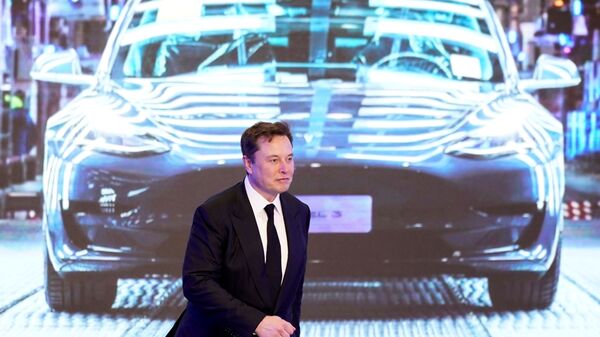 Demond Cureton
All materialsWrite to the author
The news comes amid warnings from US president Donald Trump that Washington could slap higher tariffs on goods imported from the mainland, despite China's Foreign Ministry slamming Trump's measures as not "feasible or realistic".

A majority of US businesses do not plan to move productions back to the United States from China, a major survey from the American Chamber of Commerce (AmCham) in Shanghai said in reports on Wednesday.

The survey found that just 4 percent of firms would relocate some production to the US, with 70 percent making no plans.

US Visa Rules May Block Foreign Tech Entreats As China, Europe Open Doors Amid COVID-19 - Report
The comments come after a further survey revealed that 74.9 percent of 250 US firms believed the increase of tariffs in Washington's ongoing trade war on Beijing were harming their competitiveness in China.

35.3 percent of firms had adopted an "In China, For China" approach aimed at selling directly to the Chinese market and protecting from sanctions, and 33.2 percent had delayed or cancelled investment decisions.

US commerce secretary said in an interview in January that he thought the ongoing coronavirus pandemic would "help to accelerate the return of jobs to North America", sparking backlash from critics of the Trump administration, reported revealed.

"I don't want to talk about a victory lap over a very unfortunate, very malignant disease. The fact is, it does give business yet another thing to consider when they go through their review of their supply chain... So I think it will help to accelerate the return of jobs to North America," he told Fox Business news at the time.

But despite this, roughly 40.7 percent of respondents have mulled relocating to Southeast Asia and Mexico at 24.7 percent and 10.5 percent, respectively, instead of the United States, the survey found.

US companies such as Tesla Motors adopted similar approaches after launching its Gigafactory 3 plant in Shanghai to weather US tariff regimes and sell Model 3 and Model Y motors to the Chinese market.

The US electric automaker reported record high sales in China of 11,364 units in May, five months after the start of production at its Shanghai-based manufacturing plant and despite the ongoing COVID-19 pandemic.