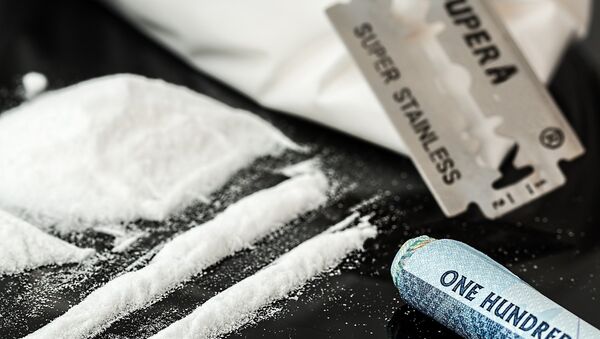 Erik Reinfeldt, the son of Sweden's former PM Fredrik Reinfeldt, has been fined for drug offences; late last year he was arrested during a humiliating drug raid on his father's apartment on Eastmansvägen in central Stockholm, the news outlet Fria Tider reported. The scandal has been kept quiet since, but the details emerged during the sentencing.

In the raid, which happened on 7 November 2019, the police found 25-year-old Erik heavily under the influence of drugs, the news outlet reported. Having received a tip about a man acting suspiciously outside an apartment in Vasastan in central Stockholm, the police found shoes, socks and clothes strewn across the staircase of the building. Inside the elevator, they found Erik Reinfeldt wearing only his underpants.

A subsequent police report quoted by Fria Tider described him as “glassy-eyed”, “moving uncontrollably”, “having difficulty focusing”, “mumbling” and “having a staring gaze”.

While Reinfeldt junior claimed to have taken sleep and anti-anxiety medication, a subsequent search revealed 3 grams of cocaine and 5,000 SEK (about $570) in cash, which made the police suspect he may be involved in the drug trade. While searching the home, an additional SEK 5,000 in cash was found, together with zip-lock bags and a plate with what was suspected to be cocaine residue on it. Erik Reinfeldt insisted that he had only taken the cocaine himself and had not pushed any drugs. He stressed that bank transfers “don't really work” when procuring drugs. He also admitted that the money had been given to him by his mother, Filippa Reinfeldt, a high-profile politician in her own right, who is currently serving as the Moderate Party's LGBT spokesperson.

Swedish mainstream media, including the national broadcaster SVT and the largest tabloid, Aftonbladet, unanimously decided keep the entire scandal quiet; it only reached public attention recently. In the reports that have been published, Fredrik Reinfeldt's name has been entirely redacted and the former PM and his son referred to only “former politician” and “his relative”.

55-year-old Fredrik Reinfeldt, led the Moderate Party between 2003 and 2015 and served as Prime Minister of Sweden between 2006 and 2014 and is best known for his unwavering support for mass immigration, of which he remains a staunch advocate even today. Last week he released his new book, Fateful Choice, penned in collaboration with his other son Gustaf Reinfeldt, which depicts US President Donald Trump as a threat to the present world order. In the 2020 election, Reinfeldt endorsed Biden, with whom he worked during his time as PM.

000000
Popular comments
People can say whatever they like about Sweden, but there at least, and contrary to other Western hypocritical and criminal states, namely France, Britain, Germany, Italy, and Spain, there is no 2 tear justice system, (one for the poor, and another for the big and powerful) France has a cocaine addict as president, with ample evidence against him, but no one dares to investigate him, not even journalists; here check this video, and judge for yourself: “Macron, drogues, cocaine. Attention, c’est dangereux et choquant !”