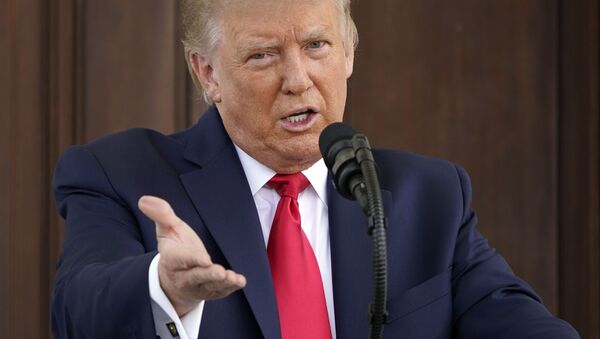 Aleksandra Serebriakova
Moscow-based Sputnik correspondent specializing in foreign affairs.
All materialsWrite to the author
Earlier Bloomberg reported that Donald Trump, who is the owner of the Trump Organization conglomerate, was planning to invest millions of dollars of cash into his re-election campaign.

US President Donald Trump said that he would be okay with spending his own money on his election campaign if he had to, according to Reuters. The statement was made on Tuesday as POTUS was going on a trip to Florida. According to the president's remarks to reporters, his re-election campaign has double or even triple the funds it had back in 2017, but Trump said he was ready to invest additional sums of money in order to beat his Democratic rival Joe Biden.

"If I have to, I would", Trump reportedly said when asked whether he would spend his personal money on election campaign.

Bloomberg reported on Tuesday that the billionaire president was considering investing as much as $100 million of his own money in his re-election campaign should it be deemed necessary, citing people familiar with the matter. The idea was reportedly discussed with several people, as the president was reviewing heavy spending by his team, which allegeldy led to a so-called "cash crunch", as described by the New York Times. 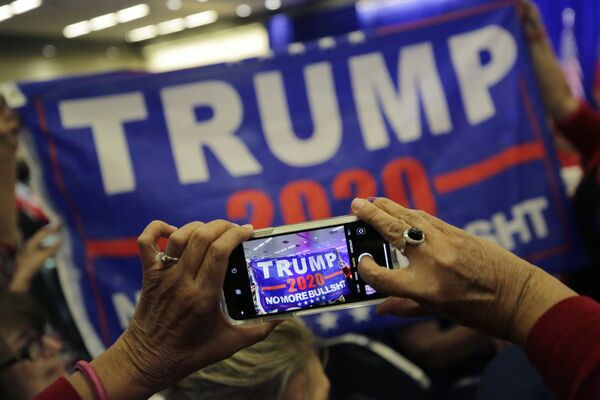 According to the NYT report, under Trump's former campaign advisor for data and digital operation Brad Parscale, more than $100 million of the president's campaign were spent on TV ads alone. It has been also suggested that Trump's team has already spent more than $800 million of nearly $1.1 billon that has been raised by the campaign and the Republican party since 2019.

Prior to 2016, the Republican runner had invested around $66 million of his personal funds in his presidential bid. However, it would be considered an unprecedented move for an incumbent POTUS to self-fund his re-election efforts, the American media noted. Donald Trump's personal wealth is estimated to be $2.1 billion.