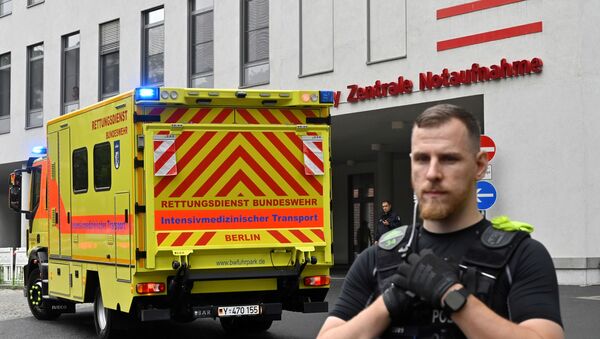 MOSCOW (Sputnik) - The Russian Foreign Ministry's spokeswoman, Maria Zakharova, said on Tuesday that Moscow expects Berlin to share all the available information regarding Russian opposition figure Alexey Navalny, and expressed the belief that Berlin was "bluffing".

"We expect Berlin to provide all the available data: both results of the Bundeswehr's laboratory tests and the 'evidence' that the German Foreign Ministry has ... I expect the German ambassador at Smolenka [street in Moscow where the Russian Foreign Ministry is located]. It is time to show the cards since everyone understands that Berlin is bluffing, as it serves the interests of some dirty political bustle," Zakharova said.

Navalny, who fell ill during a domestic Russian flight last month, was flown to the Charite hospital in Berlin after he was initially treated in Russia. Last week, the German government said that doctors found traces of a nerve agent from the Novichok group in Navalny's system. On Monday, the Charite hospital announced that the patient's condition had improved and he could be woken up from the medically induced coma.

Earlier, German Foreign Minister Heiko Maas urged Russia to "take action" over the alleged poisoning of Navalny, adding that "if no explanations follow from Russia in the coming days, we will have to discuss the response with our partners".

Moscow has repeatedly denied claims that Navalny was poisoned, adding that there was no evidence behind the allegations and stressing that no toxic substances were found in his system by Russian doctors while he was treated at a hospital in Omsk.