'Join the 21st Century': Norway's Oldest Men's Club Under Pressure to Include Women 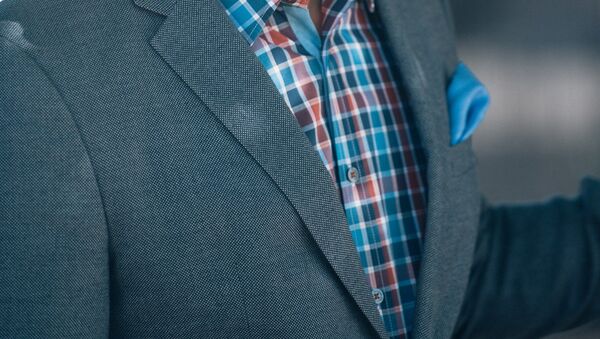 © Photo : Pixabay
Subscribe
Igor Kuznetsov
All materials
In recent years, traditional all-male clubs stemming from the gentlemen's clubs of the Enlightenment era have come under severe pressure in several Nordic countries, including Finland, for their perceived lack of equality.

While today most people think of 'gentleman's clubs' as seedy adults-only venues featuring strippers, the term originally applied to fraternal establishments for the upper class. The Norwegian Society, one of the few remaining old-fashioned men's clubs in the country, has come under severe pressure to “join the 21st century” by admitting women.

Founded by Norwegian students in Copenhagen in 1772 and moved to Oslo in the early 1800s, the club houses a valuable art collection and maintains a strict dress code: men are required to wear jackets and ties. Women cannot be members and are not welcome except on special occasions such as the National Day, 17 May.

While its traditional rules are perfectly legal since it is a private organisation, they have been have been increasingly challenged in recent years as backward, discriminatory and incompatible with Norway's commitment to gender equality. To change this, nearly 30 female opponents of the “ban on women” have come out with harsh criticism in the country's leading business newspaper Dagens Næringsliv, prompting a high profile resignation within hours.

The prominent signatories, whose list include Merete Smith, secretary general of the Norwegian Bar Association, Astrid Bergmål of the travel industry employers’ association Virke Reiseliv and Isabelle Ringnes, an heir to the Ringnes brewery fortune, claimed it would be “naïve” to think that the Norwegian Society is a club for friends to get together over a good meal in elegant surroundings, play cards and have a chat.

“If this was just a bridge- or clay-pigeon shooting club for men of all rank, it wouldn’t be an issue. This is a club where most all the members have important roles in business and who, in a closed forum, have conversations that can, directly or indirectly, contribute to valuable networks and important decisions. It’s naive to think that this type of socialising doesn’t give them advantages outside the closed doors,” Isabelle Ringnes told Dagens Næringsliv.

“It is an incredibly old-fashioned model they have. It is not very wise to exclude women. It is a bit backwards too,” Raja told national broadcaster NRK, citing the Norwegian culture of inclusion and equality and encouraging the club to “understand that we are in 2020” and open up.

“I think it is very strange in 2020 for an association that wants to be relevant and that wants to debate important societal issues, not to think that you should accept half the population, especially when you know that they hold very important positions in Norway,” Bjurstrøm said. According to her, exclusionary clubs are discriminatory if the association becomes large and influential enough.

In response to the criticism, Idar Kreutzer, the CEO of Finans Norge, announced that he was resigning as a member of the supervisory board of the men's club, as part of the minority who want to allow women in the association.

According to the Norwegian Society, the majority of its members are against changing the club's format.

In recent years, traditional all-male clubs stemming from the gentlemen's clubs of the Enlightenment era have come under severe pressure from activists and journalists and in several Nordic countries, including Finland, for their perceived lack of equality and “discriminatory” character.

000000
Popular comments
These Gentlemans club need to strongly resist the ridiculous temptation to allow in women, in the name of 'equality'. If women want real equality, they can create their own clubs and bar men. I don't think that would bother men in the slightest. There are a lot of very 'difficult' man-hating women trying to misuse equality laws for their own selfish gain.
Brit26
8 September 2020, 11:47 GMT
000000
Brit26, Women do routinely form clubs and societies which are only for women. Nobody bats an eyelid at that. When I was young I was all in favour of opening up men only clubs to women that opinion was changed rather quickly. Men need some space and time away from women or they would drive us insane.
ian
8 September 2020, 14:19 GMT
000000
Newsfeed
0
New firstOld first
loader
LIVE
Заголовок открываемого материала
Access to the chat has been blocked for violating the rules . You will be able to participate again through:∞. If you do not agree with the blocking, please use the feedback form
The discussion is closed. You can participate in the discussion within 24 hours after the publication of the article.
To participate in the discussion
log in or register
loader
Chats
Заголовок открываемого материала
Worldwide
InternationalEnglishEnglishMundoEspañolSpanish
Europe
DeutschlandDeutschGermanFranceFrançaisFrenchΕλλάδαΕλληνικάGreekItaliaItalianoItalianČeská republikaČeštinaCzechPolskaPolskiPolishСрбиjаСрпскиSerbianLatvijaLatviešuLatvianLietuvaLietuviųLithuanianMoldovaMoldoveneascăMoldavianБеларусьБеларускiBelarusian
Transcaucasia
ԱրմենիաՀայերենArmenianАҧсныАҧсышәалаAbkhazХуссар ИрыстонИронауОssetianსაქართველოქართულიGeorgianAzərbaycanАzərbaycancaAzerbaijani
Middle East
Sputnik عربيArabicArabicTürkiyeTürkçeTurkishSputnik ایرانPersianPersianSputnik افغانستانDariDari
Central Asia
ҚазақстанҚазақ тіліKazakhКыргызстанКыргызчаKyrgyzOʻzbekistonЎзбекчаUzbekТоҷикистонТоҷикӣTajik
East & Southeast Asia
Việt NamTiếng ViệtVietnamese日本日本語Japanese中国中文Chinese
South America
BrasilPortuguêsPortuguese
NewsfeedBreaking
14:12 GMT‘We’re Scared’: Migrants Leave Jammu & Kashmir as Militants Target Civilians, Death Toll Rises to 11
14:11 GMTIndia: Mother Donates Part of a Bone to Help Her Osteomyelitis-Infected Daughter Walk Again
14:01 GMTSuper-Efficient? Facebook's AI Technology to Scrap Hate Speech Doesn't Work, Report Says
13:55 GMTSon Of Jamaican Immigrants, Colin Powell Would Go On To Make Bogus Case For US War In Iraq Over WMDs
13:51 GMTEx-Spy Steele Still Believes Trump Colluded With Russia, Even After US Discredited His Dossier
13:49 GMTRaab Slams Hate Speech Against Members of Parliament After Lawmaker Stabbed to Death
13:38 GMTCheers for The Treasury: UK Chancellor Sunak Plans to Scrap Taxes on UK Sparkling Wines and Beer
13:36 GMTUK Prime Minister Johnson and MPs Pay Tribute to Sir David Amess
13:34 GMTFacebook Whistleblower Zhang Testifies Before House of Commons
13:12 GMTFans Mock Indian Cricket Captain Virat Kohli for His 'Meaningful Diwali' Campaign
13:12 GMT'Blatant Extortionism': India's Opposition Parties Slam BJP Gov't Over High Fuel Prices
12:26 GMTUS Reportedly Wants UK to Do More to Repair Relations With France Amid AUKUS Deal Spat
12:19 GMT2021 Stenin Contest Grand Prix Shared by Reporters From Russia and Turkey
12:17 GMT'Stop Trains': Indian Farmers Protest for Removal of Federal Minister Over Lakhimpur Kheri Violence
12:02 GMTColin Powell Dies at 84 of COVID Complications
11:39 GMTRussia Suspends Its Permanent Rep to NATO, Alliance's Information Office in Moscow
11:18 GMTDutch Frisian National Party Boss Reflects on Meeting With Puigdemont, Talks EU, Local Agenda
11:15 GMTFloods in India's Kerala: Rescue Team Finds Bodies of Mother-Son Hugging Each Other in Debris
11:06 GMTChina May Boost Accuracy of Its Hypersonic Weapons Via AI Technology, Report Says
10:40 GMTReady Player One? Facebook to Hire Thousands of Europeans to Help Create a Metaverse