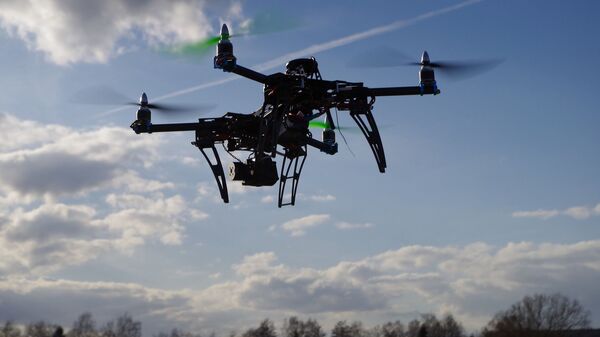 A new collection of documents obtained via the Freedom of Information Act (FOIA) reveals a total of 24 US nuclear facilities were sites of unexplained drone incursions between December 2014 and October 2019.

Sputnik reported in mid-July that Douglas D. Johnson, a volunteer researcher with the Scientific Coalition for Unidentified Aerospace Phenomena Studies, had obtained Federal Aviation Administration documents through a FOIA request and found that federal authorities had abandoned an investigation into several mysterious drone sightings in Colorado and Nebraska.

“Officer noticed several drones (5 or 6) flying over the site. The drones are circling the 3 unit site inside and outside the Protected Area,” an official report noted of one such event, which was followed by a similar incident the night after. However, the armed guards were unable to stop either drone flight, which reportedly lasted for some 80 minutes.

Hambling explained on Monday that a follow-up FOIA request was issued by Johnson, who received a list of at least 57 security incidents (SIDs) that occurred between December 2014 and October 2019.

“This indicates that for 85% of the cases the NRC has no idea who the perpetrators are or what they intended, and has given up on finding them,” Hambling wrote.

Though only seven drone incidents were reported for 2017, that figure increased three-fold, to 21 SIDs, in 2018.

A total of seven incidents were logged at the Diablo Canyon Power Plant in San Luis Obispo County, California.

Another SID, involving a pair of “industrial-sized” drones, occurred at Palo Verde in December 2019, despite the introduction of so-called drone detection technology following the two September 2019 SIDs.

Despite the mystery drones’ ability to penetrate federal defenses, security personnel have “pointed out that no flyovers have yet exhibited a threat to nuclear power plant,” according to Hambling, citing FOIA-obtained documents.