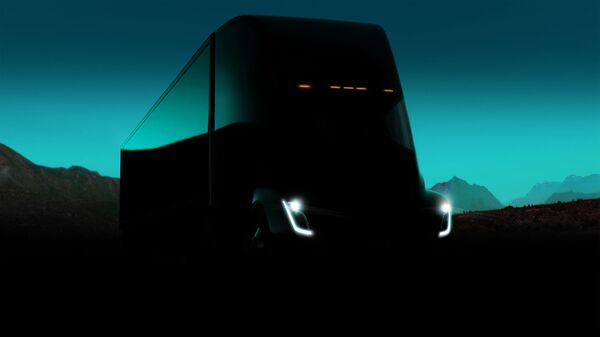 © Tesla
Subscribe
International
India
Africa
Svetlana Ekimenko
All materialsWrite to the author
Tech billionaires Bill Gates and Tesla’s Elon Musk have been known to occasionally take a dig at each other on the issue of electric vehicles and biofuel, and more recently – the coronavirus pandemic.

Tech billionaire Bill Gates has weighed in on the investment potential of Tesla’s electric semi-trucks for the long-haul business.

The American business magnate and investor expressed doubt that the battery-powered vehicles would ever become a “practical solution”.

"The problem is that batteries are big and heavy… Even with big breakthroughs in battery technology, electric vehicles will probably never be a practical solution for things like 18-wheelers, cargo ships, and passenger jets. Electricity works when you need to cover short distances, but we need a different solution for heavy, long-haul vehicles," Gates wrote in a blog post on 24 August.

The co-founder of Microsoft Corporation suggested that biofuels would be a more feasible option for commercial vehicles rather than battery power.

Gates also omitted to mention Tesla and its highly promoted Cybertruck as he credited other companies for their remarkable breakthroughs in electric vehicle technology.

"[I]ncreased competition in the market means there are more choices available to customers than ever before, from compact sedans to sleek sports cars… You’ll even be able to buy an all-electric pick-up truck soon thanks to legacy companies like GM and Ford and new carmakers like Rivian and Bollinger," wrote Bill Gates.

The Semi is an all-electric battery-powered Class 8 semi-truck currently in development by Tesla, Inc., touted as having a 500-mile (805 km) range on a full charge.

TESLA SEMI SPOTTED IN LINCOLN, NE!!!! Our Mechanical Shop Foreman, Joel, just happened to drive by this truck on his way to work one morning! He had to stop to check it out. Click the following link to read more about it... https://t.co/1E2XtXBetV pic.twitter.com/d8pZR3IY3M

​Tesla CEO Elon Musk unveiled the electric vehicle (EV) in November 2017, hoping to deliver the trucks to customers in 2019.

However, in April, Tesla delayed production and deliveries of its all-electric Semi trucks until 2021.
In June, Musk reportedly directed the company to boost “volume production” of the Semi, said to come standard with Tesla Autopilot that allows semi-autonomous driving on highways, for its upcoming debut, according to a memo cited by CNBC.

“It’s time to go all out and bring the Tesla Semi to volume production. It’s been in limited production so far, which has allowed us to improve many aspects of the design. Production of the battery and powertrain would take place at Giga Nevada, with most of the other work probably occurring in other states,” Musk reportedly said in the memo.

As of 2019, companies such as Pepsi, FedEx, Walmart, UPS and Sysco have placed orders for Tesla Semis. PepsiCo was cited as saying it would use the electric vehicle to enable “environmentally sustainable” operations at its its Modesto, California manufacturing, warehousing and distribution center.

Bill Gates and Elon Musk have exchanged barbs before.

The Tesla CEO called Gates an "underwhelming" coversationalist and trolled him on social media, after the Microsoft co-founder said he had chosen an all-electric Porsche over a Tesla.

My conversations with Gates have been underwhelming tbh

​The repartee followed an announcement from Gates in a February interview with YouTuber Marques Brownlee that he had bought a Porsche electric vehicle.

"All the car companies, including some other new ones, are moving super fast to do electric cars… Actually, the biggest concern is: Will consumers overcome that range anxiety? I just got a Porsche Tycan ... my first electric car, and I'm enjoying it a lot," said Gates. 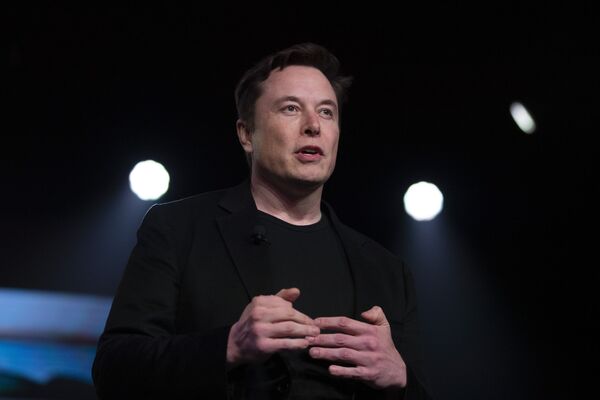 While Gates referred to Tesla as a "hopeful" company in regarding its potential in the sphere of electric passenger vehicles, the Microsoft co-founder explained why he believed some buyers might hesitate about going electric.

"If you want to go a long distance, the pervasiveness of recharging, the time to recharge, compared to filling up a tank of gas --- the amount of energy that's going in per minute of filling your gas tank is mind-blowing. Gasoline is very dense energy -- 30 times more dense than the current lithium batteries"

The two men more recently failed to see eye to eye on the coronavirus pandemic.

The coronavirus panic is dumb

​While Gates was vocal about the US handling of the health crisis and importance of developing effective vaccines, Elon Musk, who earlier in March dismissed the respiratory virus fears as "dumb", posted a 30 June tweet suggesting that many positive COVID-19 tests “could be fake”.

There are a lot of C19 false positives messing up the numbers. Even tests with 5% false positive rate (in *field*, not lab) would show up as ~17 million fake C19 cases even if there were actually none.

​In response, Gates said in a CNBC interview:

"Elon's positioning is to maintain a high level of outrageous comments. He's not much involved in vaccines. He makes a great electric car. And his rockets work well. So he's allowed to say these things. I hope that he doesn't confuse areas he's not involved in too much."