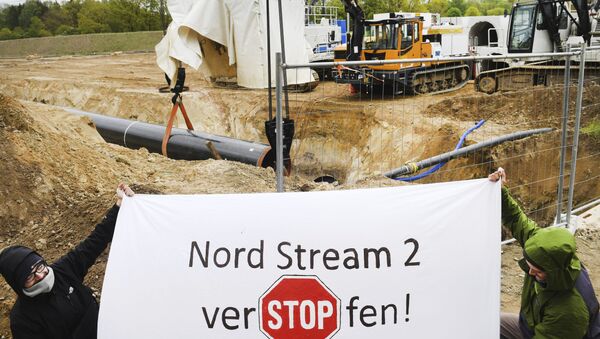 Aleksandra Serebriakova
Sputnik correspondent specializing in foreign affairs.
All materialsWrite to the author
The alleged poisoning of Russian opposition activist Alexei Navalny, who was brought to Berlin for emergency treatment, has prompted calls from some German politicians, including CDU member Friedrich Merz, to abandon the country’s participation in the Nord Stream 2 energy project. Many political figures rushed to slam these pleas.

A member of the Bundestag’s Left Party (Die Linke) and the economic policy spokesman for the left-wing parliamentary group Klaus Ernst criticised calls to review or completely halt the Nord Stream 2 pipeline project over a scandal related to Russian opposition figure Alexei Navalny as “absolutely counterproductive”, according to his interview to Die Welt. Ernst, who was once co-chair of Germany’s Left Party, said that a decision to put the energy venture to a test would be harmful “not only for Russia, but also for us”.

“If Nord Stream 2 is stopped, the German customer will pay the bill,” he told the outlet, potentially referring to penalties Berlin would face if the project, which is set to deliver Russian gas to Germany via pipelines under the Baltic Sea, is abandoned unilaterally.

“The opponents of Nord Stream 2 are now trying to use the events to sink the project in the Baltic Sea,” Ernst added, according to Die Welt. 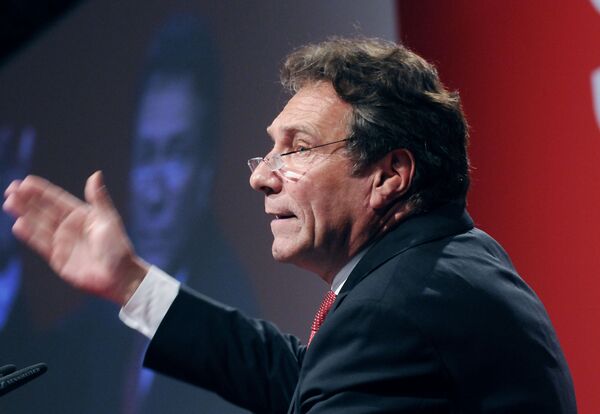 The politician, who is chairman of the economic committee in the Bundestag, argued that it remained important to conduct a joint investigation with Russia over the alleged poisoning of the opposition figure and not rush into any conclusions, while still asking “who would benefit from the events”.

“The process does not benefit Russia, Europe or Germany. It primarily benefits the USA, in whose economic interests it is that our relationship with Russia is deteriorating,” he said in the interview. “Once again, Russia is blamed across the board and without sufficient evidence.”

The Future of Nord Stream 2 is at Stake

Russian activist Alexei Navalny fell ill on board a plane bound for Moscow on 20 August. This prompted the pilots to make an emergency landing and rush him to a hospital in Omsk, where he fell into a coma. Navalny’s relatives requested that he be transported to Berlin’s Charite clinic for further treatment. A week later, German authorities announced that the political activist was likely poisoned with a Soviet-era military-grade nerve agent from the Novichok group, as traces of cholinesterase inhibitors were said to be found in his blood. Russian doctors insisted that these substances were not discovered in Navalny’s body during his hospitalisation in Omsk.

Berlin was quick to blame the alleged poisoning on Moscow, despite not providing any proof to back up the claims. The Russian president’s press secretary Dmitry Peskov called on Germany to share information on the matter with partners in Moscow but said that the Kremlin does not see any risk of Germany blocking Nord Stream 2's construction, despite calls from some politicians, including Christian Democratic Union member Friedrich Merz. For Peskov, these pressures to halt the commercial project in relation to a controversial incident with the Russian opposition figure were simply unsubstantiated “emotional statements”.

German Chancellor Angela Merkel previously said that Alexei Navalny’s case and issues related to Nord Stream 2 project should be looked into separately, while the premier of the eastern German state of Saxony, Michael Kretschmer, insisted that the pipeline “must be completed”.

“We depend on each other, we need this cooperation”, Kretschmer said earlier.

Meanwhile, US President Donald Trump, who has long been a critic of energy cooperation between Germany and Russia, recently re-iterated his calls for NATO partners to withdraw from the project amid the Navalny scandal and said that he would “absolutely” support this decision.