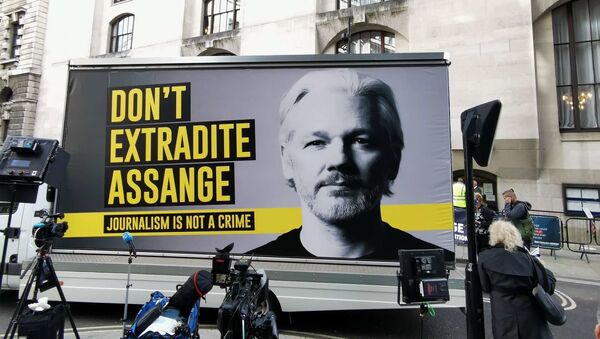 Subscribe
The extradition hearing against WikiLeaks founder Julian Assange resumed on Monday, at the Central Criminal Court in London.

The hearing was originally planned for 18 May, but Assange's defence team asked to reschedule it amid the COVID-19 pandemic. The court, however, ruled out his release on bail, despite the high risks of contracting the coronavirus at the prison in which he is being held. 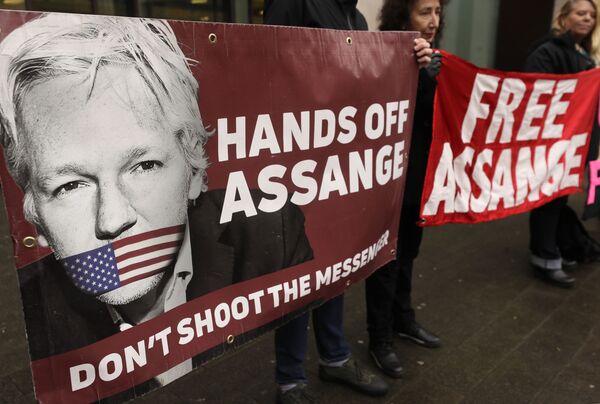 Assange was arrested in London in April 2019 and sentenced to 50 weeks in prison for jumping bail back in 2012 when he took refuge inside the Ecuadorian Embassy to avoid extradition to Sweden, where he faced sexual assault charges, and possible extradition to the United States.

The whistleblower has been indicted by the US Department of Justice on 18 charges, regarding violations under the Espionage Act. If convicted of these charges, the WikiLeaks founder faces up to 175 years in prison.

Judge Baraitser rules against a futher adjournment requested by the defence:

"Defence have had ample time to return to court to explain that they had insufficient amount of time they did not do so.. even today, they did not request an adjournment..."

Unconfirmed reports entire list of 40 civil society and political monitors have had their remote access to the #Assange hearings withdrawn - after being invited to register for access last week. This includes Parliamentarians and NGOs. #FreePress pic.twitter.com/wCRSXTTRnm

Amnesty International say they are "shocked" to have been granted the right to observe #JulianAssange's extradition hearings via video link only to have since being revoked. They will seek to reapply saying observing legal cases is their "bread and butter".

Very festive atmosphere outside of the Old Bailey. pic.twitter.com/U0IT86jBN2

"I’ve been a reporter for more than 50 years and I’ve never known a smear campaign like this one: the fabricated character assassination of a man who refused to join the club, who believed that journalism was a service to the public and never to those above", John Shipton said at the rally.

Assange's father believes that freedom of the press now rests with "the honourable few".

"The exceptions, the dissidents on the Internet who belong to no club, who are neither rich nor laid with Pulitzer prizes, but produce fine, disobedient, moral journalism; those like Julian Assange", Shipton concluded. 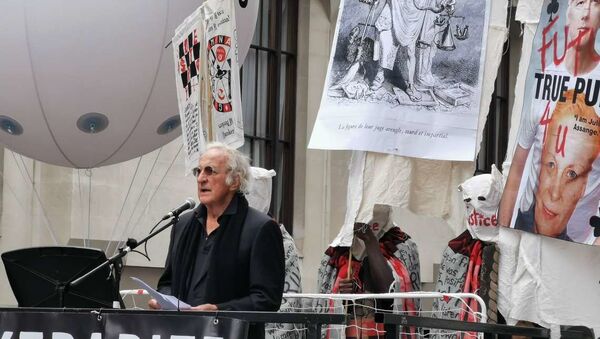 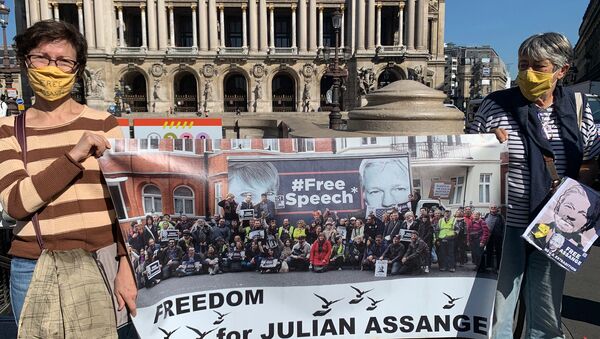 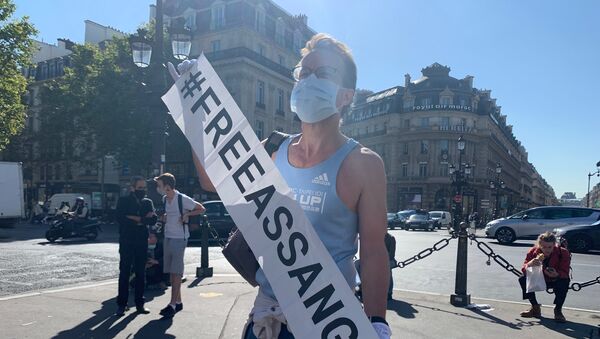 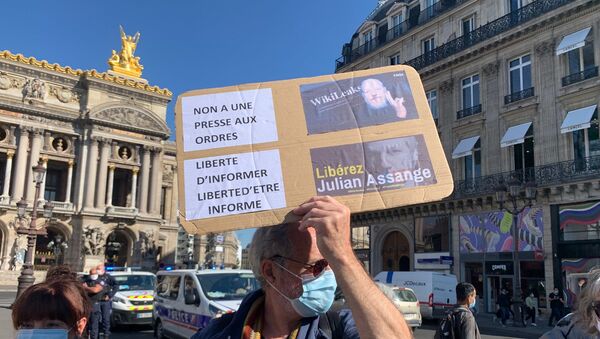 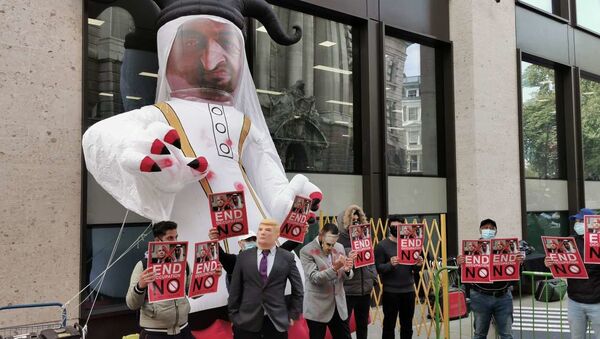 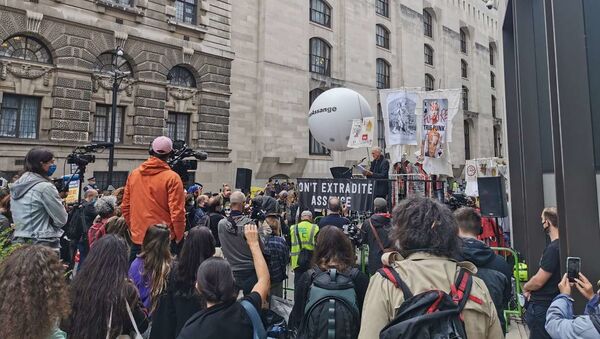 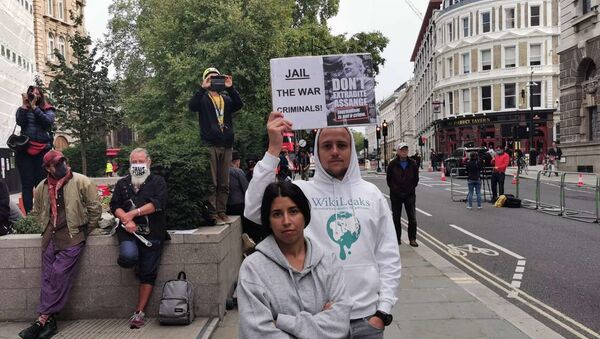 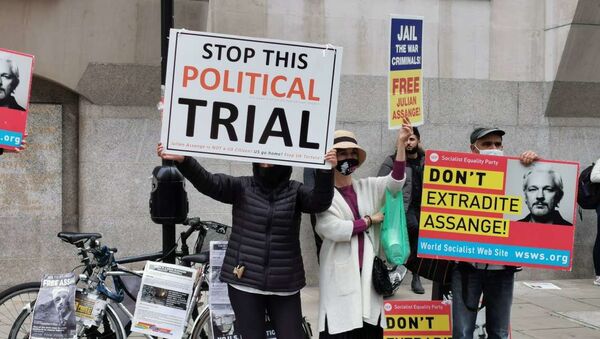 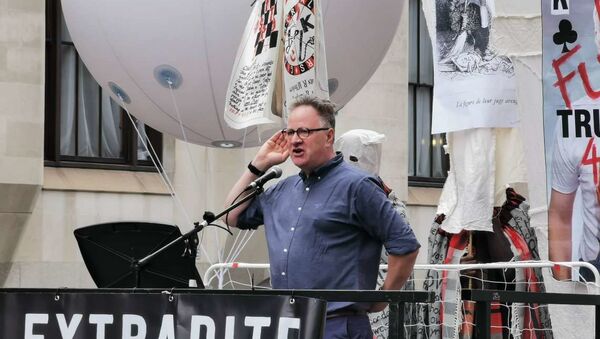 "We need to show our determination to have this extradition request dismissed because the future of journalism is at stake. There is so much at stake here", Kristinn Hrafnsson said. "Let’s keep up the fight, let’s stay strong. Let’s not rely on hope; let’s fight for justice". 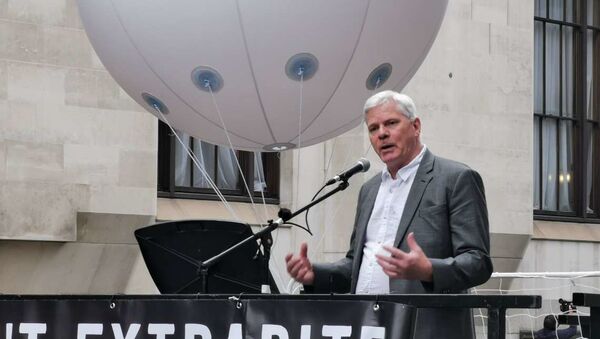 Kristinn Hrafnsson @khrafnsson Speaking outside The Old Bailey at the beginning of #JulianAssange extradition trial pic.twitter.com/oMqIMHol6j

06:57 GMT 07.09.2020
Assange Supporters Gather Outside Court as Extradition Trial Continues - Video
000000
Popular comments
I hope all involved in this travesty of justice will be brought to trial and they will certainly be tried by a Higher Court that a State Court.