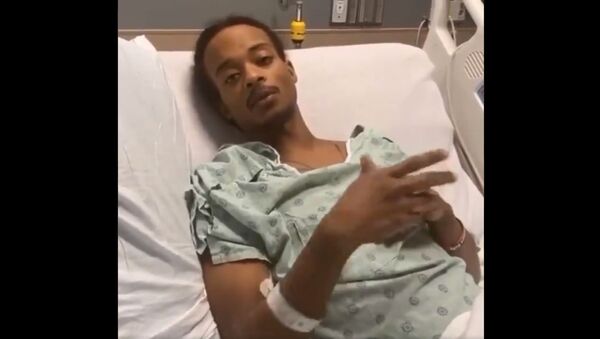 © Photo : Ben Crump/twitter
Subscribe
Lilia Dergacheva
All materialsWrite to the author
According to the man who captured Jacob Blake's arrest on camera, the suspect was seen scuffling with three officers who yelled: "Drop the knife", before gunfire erupted.

Jacob Blake has spoken out for the first time since a police officer shot him several times in the back, as he walked away from three policemen moving to detain him on 23 August.

In a video posted on Twitter on Saturday evening by his family’s lawyer, the 29-year-old father-of-six says from his hospital bed that he is still in constant pain from the shooting:

He said he has staples in his back and stomach, with doctors fearing the shots will leave him paralysed from the waist down forever.

#JacobBlake released this powerful video message from his hospital bed today, reminding everyone just how precious life is. #JusticeForJacobBlake pic.twitter.com/87CYlgPDBj

In his video message, Blake dwelled on life and death, snapping his fingers and saying that "your life, and not only just your life, your legs, something you need to move around and forward in life, can be taken from you like this".

"Stick together, make some money, make everything easier for our people out there, man, because there's so much time that's been wasted", he urged.

Blake, a black man from Kenosha, Wisconsin, was shot in the back by a white police officer after attempting to escape from three others who were trying to arrest him. As Jacob leaned into his car, having unlocked the driver-side door, officer Rusten Sheskey shot him seven times in the back.

The shooting was captured on camera by a passer-by, 22-year-old Raysean White, and it eventually sparked several nights of unrest in Kenosha, a town between Milwaukee and Chicago. The man who captured the video said he saw Blake scuffling with three officers and heard them yell "drop the knife", before the shooting could be heard. A knife was later recovered from Blake's vehicle, but it is not immediately clear if he held it during the altercation with police. 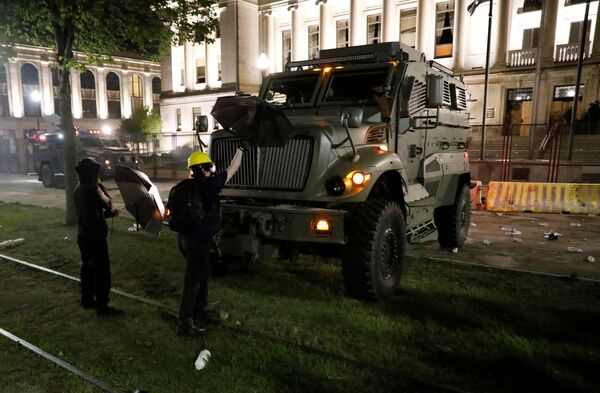 The Kenosha police union said Blake had the knife and refused orders to drop it as he fought with the officers. Police said they twice used an electroshock device to stop Blake, but it didn't help.

While an investigation into the matter is currently underway, Sheskey and his colleagues who were at the scene have been placed on administrative leave. None of them has been charged.

Blake, who had an outstanding warrant, pleaded not guilty on Friday: he appeared via video connection from his hospital bed, wearing a dress shirt and tie to respond to the judge’s questions.

000000
Popular comments
Must be nice to be non-European so your every ache and pain can be headlined by white-hating BLM supporting slipstream media.