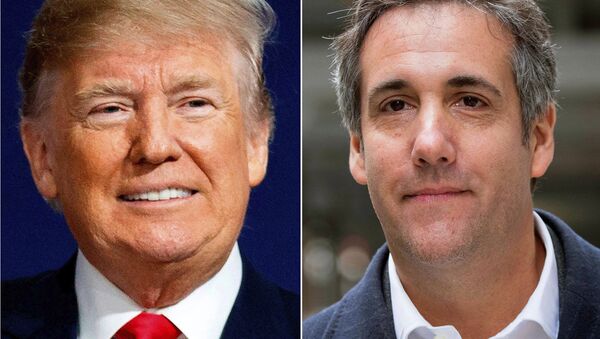 Oleg Burunov
All materialsWrite to the author
Last year, Michael Cohen was sentenced to three years in prison for fraud, tax evasion, and lying to Congress. In July, he was released due to COVID-19 concerns and is spending the rest of his sentence at home.

Tuesday will see the release of Michael Cohen's book titled "Disloyal, a Memoir: The True Story of the Former Personal Attorney to President Donald J. Trump".

In the tell-all memoir, a copy of which was obtained by several US media outlets, Cohen did not mince words when describing himself as "one of Trump's bad guys", while dubbing POTUS "a cheat, a liar, a fraud" as well as "a bully, a racist, a predator", and "a con man".

"In some ways, I knew him better than even his family did because I bore witness to the real man, in strip clubs, shady business meetings, and in the unguarded moments when he revealed who he really was […]", the 54-year-old, who served as Trump's personal lawyer from 2006 to 2018, wrote.

Cohen also slammed the US president as an "organised crime don" and a "master manipulator", but at the same time admitted that he saw much of himself in a man whom he once considered a father figure. 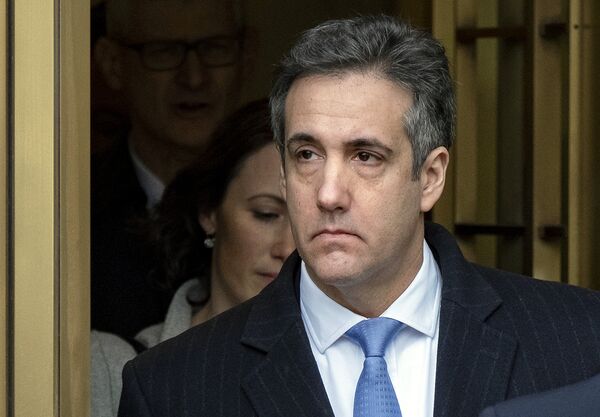 "I care for Donald Trump, even to this day, and I had and still have a lot of affection for him", Cohen wrote in his book, adding, "I confess I never really did understand why pleasing Trump meant so much to me; to this day I don't have the full answer".

Cohen also acknowledged that he had called on Trump for years to run for president but that he currently bemoans the fact that POTUS being elected "led the nation and maybe even the world to the brink of disaster".

"I thought Trump was a visionary with a no-nonsense attitude and the charisma to attract all kinds of voters", Cohen noted, writing that the real reason he wanted Trump to occupy the Oval Office "was because I wanted the power that he would bring to me".

Separately, the president's former fixer revealed an array of alleged statements that Trump made over the years and which targeted Barack Obama and Nelson Mandela, among other political figures.

According to Cohen, Trump's disdain for the former US president was so extreme that POTUS once hired a "Faux-Bama" actor to participate in a video in which Trump "ritualistically belittled the first black president and then fired him".

Michael Cohen Puts Down Rumours of Trump's 'Love Child', Melania 'Elevator Tape'
While Cohen admitted to using his own money to pay Daniels off, he also argued that Trump reimbursed him with "fake legal fees".

Cohen Behind Bars for Fraud

Cohen is currently serving a three-year sentence after being convicted last year on charges of bank fraud, campaign finance law violations, and lying to Congress.

In July 2020, he was ordered to be released from prison and put under house arrest after a federal judge ruled that he had been subjected to retaliation for planning to publish a book about the US president.

He told the AP news agency that Cohen "readily admits to lying routinely but expects people to believe him now so that he can make money from book sales".

The spokesman expressed regret that "the media is exploiting this sad and desperate man to attack President Trump".

The developments were preceded by Trump claiming in a statement in early March 2019 that Cohen directly asked him for a pardon and was rejected, and that he later lied under oath in court about the matter.

"Bad lawyer and fraudster Michael Cohen said under sworn testimony that he never asked for a pardon. His lawyers totally contradicted him. He lied. Additionally, he directly asked me for a pardon. I said no. He lied again", POTUS argued.

Trump added that Cohen lied in court yet again with respect to whether he desired a position at the White House, saying that his former lawyer wanted such a post "badly".

Reacting to Trump's claim that Cohen asked him for a pardon, the US president's former personal lawyer described as "just another set of lies by [President Donald Trump]".